15 Richest African Football Players And Their Net Worth 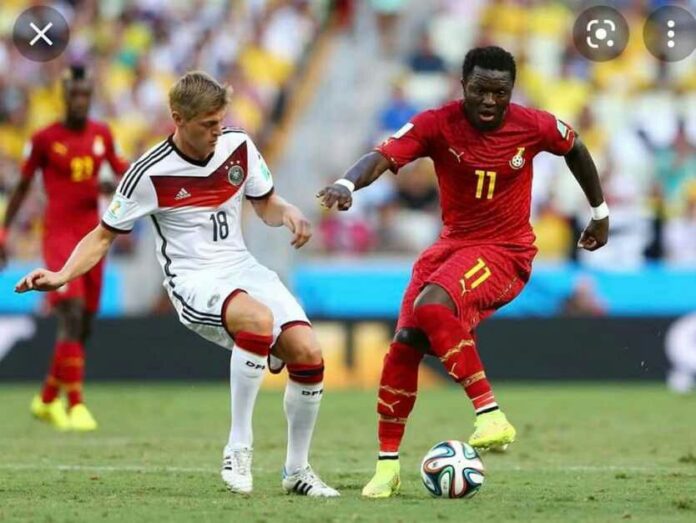 Richest African football players are loaded with cash. The sport of football is one of the highest-paying occupations in the world as long as you have the talent and the seriousness it requires. Through football, we have seen the likes of Cristiano Ronaldo and Lionel Messi, who are arguably the best players of all time to ever step on the pitch become billionaires. African footballers are some of the most talented players in the sport and they have also been taking their fair share of the millions circulating in the sporting industry. Although they are not anywhere near billionaire status, the money these players have been able to make in their careers is quite a lot.

Kanu is an African football player who played for the likes of Arsenal in England and won several trophies during his career. The Nigerian football legend is estimated to have a net worth of $9 million.

The former Arsenal, Liverpool, and Manchester City defenders retired from football in 2015 with an estimated net worth of $10.5 million after spending 19 years of his life on the pitch.

Solomon Kalou is well known for his time at Chelsea alongside compatriot, Didier Drogba. The Ivorian footballer has a foundation that raises awareness for kidney diseases and assists people suffering from them. Solomon Kalou has an estimated net worth of $11 million.

The two brothers are the sons of Ghanaian football legend, Abedi Ayew Pele. The Ayew brothers started their careers at the French side, Marseille before finally moving to England. They have also represented their home nation, Ghana at various international tournaments. The Ayew brothers are estimated to have a net worth of $18 million each.

The Liverpool star has raised his value since his exploits at Anfield a few years ago. With his value in the sport rising, his bank balance has grown as well. The highly charitable Senegalese and Liverpool ace is estimated to have a net worth of $20 million.

Kevin Prince Boateng is regarded as one of the best midfielders in the world of football. The Ghanaian midfielder found himself at the San Siro in AC Milan colors after his exploits for his home nation of Ghana at the 2010 world cup. He also plied his trade for Spanish giants, FC Barcelona. With an estimated net worth of $20 million, he is surely one of the richest African players around.

Sulley Muntari is one of the best players to have originated from Africa. The midfielder has played for some of the best clubs in the world such as Inter Milan and AC Milan. Muntari is known for having one of the best long-distance shot accuracies in world football and scored a stunner when his home nation, Ghana nearly made history at the 2010 world cup against Uruguay. He also won the Champions League trophy with Inter Milan. His powerful shot accuracy has proved instrumental in amassing him an estimated net worth of $22 million.

Michael Essien is another African player who left his mark on world football with his serious midfield skills. The Ghanaian player is well a known Chelsea legend who played alongside the likes of Didier Drogba and Frank Lampard at Stamford Bridge. The now-retired midfielder also played for Italian giants, AC Milan and Spanish giants, Real Madrid. Essien has an estimated net worth of $35 million.

Known to be one of the best strikers in the game, the Togolese goal poacher played for the likes of Arsenal, Manchester City, and Real Madrid. Adebayor is one of the richest African footballers in the world and although he has also retired from the game, his money has not retired. Adebayor has an estimated net worth of $45 million.

Mikel is another well-known former Chelsea player. With over 18 years in the world of football, he has been able to make quite a sizable bank for himself with an estimated net worth of $45 million.

Yaya Toure is one of the most popular African footballers of all time. The tall Ivorian skillful midfielder spent the majority of his playing years at Barcelona and Manchester City. Yaya belongs at the upper echelons of the African rich list with an estimated net worth of $70 million.

Blasting goals for Liverpool week in, week out does not come cheap and the Egyptian king has made big bank from doing that consistently. With his goal-scoring exploits at Liverpool and the rise of his value in the sport, Mohammed Salah has been able to grow his bank balance considerably. Although his net worth at the moment varies wildly, it is highly believed that the Liverpool man is worth an estimated $88 million. Whoa!!

Drogba is one of the best footballers ever produced by Africa and the Chelsea legend is the club’s fourth-highest all-time goal scorer since he joined the English side in 2004 and has received numerous awards for his talent. Like some of the players on this list, Drogba is also retired from the sport at the moment. With all that talent and work come rewards and Drogba is the second richest footballer from Africa with an estimated net worth of $90 million.

When it comes to the rich king in African football, there is only one person at the moment. Samuel Eto has been able to maintain the position for years and although he has also retired, he still sits at the top of the chain. Having spent the majority of his career at Barcelona, he also played for Chelsea, Inter Milan, and Everton. He was the highest-paid player in the world at the time when he joined the Russian side, Anzhi Makhachkala where he earned $29million a year. Eto is now the head of the Camerounian football Association and he has an estimated net worth of $100 million.

So, ladies and gentlemen, these are some of the richest African players to grace the world of football. Which of these is your favorite player of all time?