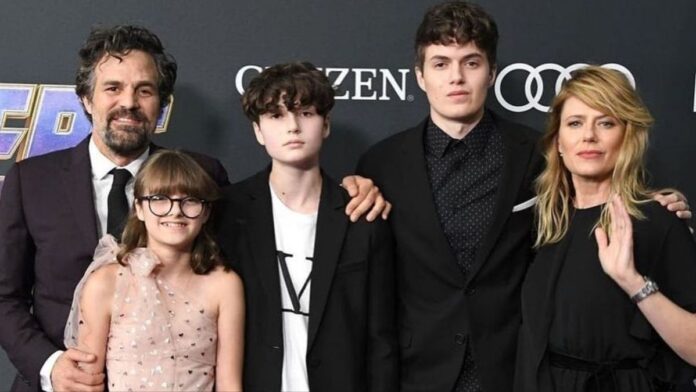 Bella Noche Ruffalo is the daughter of Mark Ruffalo and his wife, Sunrise Coigney. Bella Ruffalo’s father, Mark is an American actor and producer. He began acting in the early 1990s and first gained recognition for his work in Kenneth Lonergan’s play This Is Our Youth and drama film You Can Count On Me.

How did Bella Noche Ruffalo’s parents meet? There was nothing spectacular about Mark and Sunrise’s first meeting. The couple met on the street in 1998 as Mark toiled to succeed as an actor. “I was living in a dump and I didn’t even have a driver’s license or a credit card,” Ruffalo told Closer Weekly. Nevertheless, Mark envisioned a future with Sunrise the first day the couple met.

She quickly became an integral part of Mark’s life. “She thought I was a mess, but she believed in me and kept encouraging me,” Ruffalo added. “I don’t know if I would have made it without her.” Unfortunately for Mark, Sunrise rejected his first proposal.

Not one to give up easily, Mark proposed again, and this time, Sunrise said yes. The couple were married in 2000. After the wedding, Mark’s career started gaining momentum. However, he soon encountered a sizeable speed hump in the form of a brain tumor.

Fearing that he would pass away before the birth of Bella Noche Ruffalo’s brother, Keen Ruffalo, her father, Mark recorded a video for his unborn child. Mark underwent surgery to remove the tumor shortly after his son’s birth in 2001. Sunrise had the unenviable task of raising a toddler and assisting Mark during post-operation recovery.

Bella Noche Ruffalo’s mother, Sunrise made her first on-screen appearance in 2001 in the TV Series 100 Centre Street. She also appeared in Campfire Stories before taking a break to take care of the couple’s first child Keen. Two years later, Sunrise resumed acting with a role in In the Cut. She also landed the role of Brenda Ravelle in Line of Fire. She made her final acting appearance on the series in 2005, the same year she welcomed her second child Bella Noche.

Bella Noche Ruffalo’s parents bought a property in upstate New York a couple of decades ago because they couldn’t afford a house in the city. When acting became profitable, Mark and Coigney moved to Hollywood. However, the couple never settled in California.

Though Noche Ruffalo’s father attended a Catholic school in his youth, Ruffalo became lapsed as an adult.

On December 1, 2008, Bella Noche Ruffalo’s uncle, her father’s younger brother, Scott, was found outside his home on North Palm Drive in Beverly Hills with an execution-style bullet wound to the head. Scott was taken to a hospital but died the following week. The case remains unsolved.

Most fans are also wondering if Bella Noche Ruffalo will be following the footsteps of her father and mother to be an actor, but the young lady hasn’t made that decision yet.