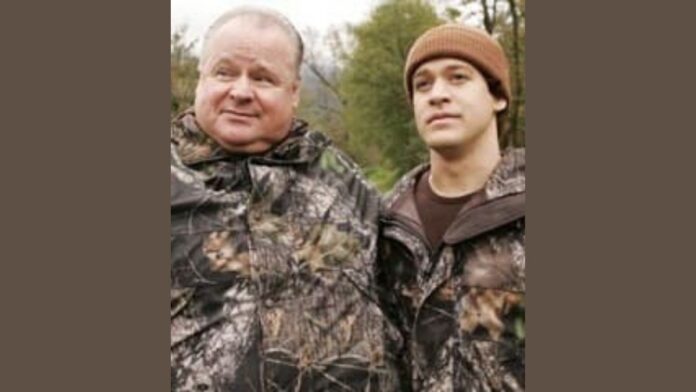 Bob Verne is an American Actor and also the father of Krista Vernoff. Verne’s daughter Vernoff is an American television screenwriter, showrunner, executive producer, and director. She is best known for running the television medical drama Grey’s Anatomy (2007–11, 2017–present) and its spin-off Station 19 (2019–present). She has also served as executive producer and writer for the US version of Shameless. Other works as producer-writer for television include Charmed and Wonderfalls. Bob Verne died on February 21, 2001, from cancer.

Bob Verne was born on July 14, 1944 (age 57) in Miami Beach, Florida, United States. He is a celebrity actor. As an actor, Bob Verne is known for appearing in the 1985 film Cavegirl and the 1989 film The Immortalizer. His daughter is Grey’s Anatomy executive producer and showrunner Krista Vernoff. His first wife was Aysha Quinn who is also the mother of Krista. He was married to producer Saba Moor-Doucette until his death.

Bob Verne died on February 21, 2001, at the age of 57. He passed away after losing the battle with esophageal cancer.

The 2007 episode of Grey’s Anatomy titled Six Days: Part 2 was dedicated to him by the daughter. Krista Vernoff dedicated the episode to honor the memory of her father, Bob Verne.

In writing the two-part “Six Days” storyline, Vernoff drew upon her own experience with her dad’s short, losing battle with esophageal cancer.

Bob Verne’s story is told through Harold O’Malley, and Krista’s grief is shown, in part, through George. Here’s what Vernoff has to say about it on her official blog about the episode dedicated to her father, Bob Verne:

The card at the end [of “Six Days”] was a tribute to my father. He [Bob Verne] died six years ago at the age of 56 after a very short battle with esophageal cancer.

He called me one day at my office at Charmed and told me he thought he had the flu. A week after that he had surgery on a massive tumor at the base of his esophagus.

Before the surgery he was laughing and celebrating with family. He had a profoundly positive attitude.

After the surgery, he had a massive scar down his belly and was intubated and pale, and upon seeing him, I, who thought of myself as quite strong and educated and capable of handling that moment, started to shake and then hyperventilate and had to be helped out of the room.

During the week we waited for him to recover, we learned that kidney function was of the utmost importance and I became obsessed, absolutely obsessed with his urine output. I checked that urine bag like 50 times a day.

At one point, the doctors gathered the family to tell us that my Dad had a kink in his breathing tube and that they might not be able to get a new one in.

They told us we needed to prepare ourselves for the possibility that this was it. We stood out in the hallway and waited, holding our breath, terrified.

There was another family there in the hallway, the family of a 16-year-old boy who’d been shot on the street on his way home from work in what was feared to be gang related violence, though his family insisted that he was a good kid, that he wasn’t in any gang.

They were as scared as we were as they waited for news of condition. We talked to them for awhile, made small talk, then fell silent.

And after a long, pregnant pause, one of the teenagers of the family looked over at a member of my family with a very disturbed look on his face.

And then he said “Dang. Somebody just farted. And I think it’s this old white guy right here.” My family laughed harder than we have ever laughed in our lives. And my dad lived through the reintubation.

He lived for three more days.

When the surgeon sat us down to tell us that it was time to let him go, he explained that Dad had come to him behind our backs on his way into the OR actually and begged him to proceed with the tumor removal no matter what.

The surgeon did as he wished. And I have yet to completely forgive that surgeon for that decision.

Because my dad’s body was riddled with cancer. Plus he had a liver condition and a heart condition. There was pretty much no way for him to recover from a surgery that traumatic.

And the surgeon knew that. I believe in forgiveness, I do. I’m a fervent and avid believer that resentment, unchecked, leads to illness and spiritual misery.

But I also believe that that surgeon cut my dad in half because he wanted the practice. It wasn’t the right call.

He knew better. My Dad didn’t. The scene in which George yells at Bailey and Richard – that scene didn’t happen in my life.

Writing and shooting that scene was wish fulfillment for me. What happened in my life is, we went into my Dad’s ICU and put our hands on his body and sang him Beatles songs while the nurses turned off the machines.

When they pulled the intubation tubes from his mouth, my sister and I put our faces to his mouth so we could feel the last of his breath. And then he died. And I became a member of the Dead Dad’s club.”

This was what Krista Vernoff had to say about her father, Bob Verne.

Information related to Bob Verne’s net worth in 2021 is not available. But her daughter Krista is believed to have a net worth of $13 Million according to some online portals.

Bob Verne passed away at the age of 57 years old. Bob Verne’s height is Unknown & weight is Not Available now. Bob Verne’s measurements, clothes & shoe size is being updated soon.