Brian Rader, Dennis Rader’s son; Where is he Now? 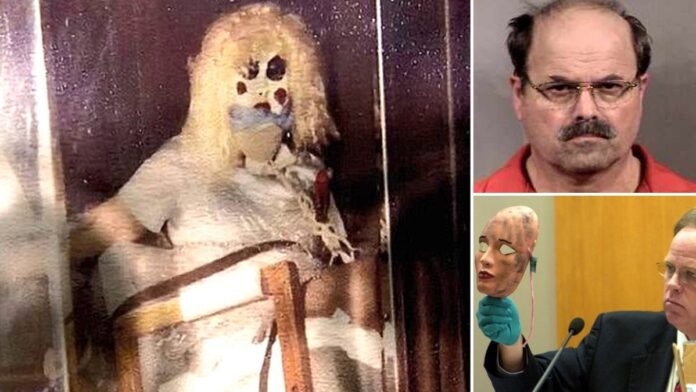 Brian Rader is the son of Dennis Rader. Dennis’s father, Rader is an American serial killer known as BTK, the BTK Strangler or the BTK Killer. Between 1974 and 1991, Rader killed ten people in Wichita and Park City, Kansas, and sent taunting letters to police and newspapers describing the details of his crimes.

Brian Rader is not the only child of his parents, he has an elder sister, Kerri Rawson. Although Brian Rader’s father himself has not spoken publicly, his sister, Rawson called him bright. According to the Wichita Eagle, Brian was an Eagle Scout when his dad was arrested. During his father’s 2005 arrest, Brian Rader was reportedly stationed at a sub base in Connecticut. From 2004 to 2009, Brian Rader served on Navy submarines. As of 2016, he was enrolled in college.

Despite his obvious accomplishments, Rawson expressed worry about her brother.

“He doesn’t have the kids and the family that I have,” she told the paper. “And that’s really all I should say about him.”

Rawson said, despite it the killings, Rader was a good father. Rader did once allegedly put his hands around Brian’s neck when he was a child, choking him after he “spoiled dinner.”

The family has not given any information related to Brian Rader’s age, place of birth, or where he is currently.

Brian Rader’s sister, Rawson has been harassed by their serial killer father from behind bars to the point that she got a no-contact order against him, she says.

“He’s been cyberstalking me,” Kerri Rawson told the audience at CrimeCon 2021, presented by Oxygen, in Austin on Sunday. “He has letters and he has phone access so he has his fan club that […]  like to print off screenshots of my social media and photos of me and what I’m doing.”

Brian Rader’s father, Dennis Rader, known as the BTK killer (short for bind, torture, kill), who killed 10 people in Kansas between 1974 and 1991 while maintaining the guise of a family man and respected member of the community. He became notorious by taunting the media about his crimes, and that tendency to want credit for those crimes ultimately led to his capture. In 2004, he mailed a floppy disk to police that authorities were able to get a DNA sample from. In fact, it was through his daughter’s DNA that investigators were able to confirm his identity.

Brian Rader’s sister, Rawson wrote about the struggles she endured coming to terms with who her father is in the 2019 book “A Serial Killer’s Daughter: My Story Of Faith, Love and Overcoming.” She spoke candidly about that journey during a Sunday CrimeCon panel, noting her anguish after her dad referred to his family as “pawns in his game” during his rambling sentencing statement in 2005.

While her book details how she and her father kept in touch for a while following his conviction, she noted that’s over now. Even though she told her father that she loved and forgave him, Rawson explained that he is a “narcissist” with who she has legally ceased contact.

Brian Rader’s sister detailed to the horrified CrimeCon crowd some of the more disturbing alleged interactions between her and her father in recent years.

“He likes to send me drawings of animals with gaping mouths with teeth,” she said.

Brian Rader’s father further insulted his sister by, at some point, writing a letter to the Wichita Eagle newspaper to tell them “she reminds me of me” and “she uses the media.”

Furthermore, Brian Rader’s sister said her father’s “fans” not only screenshot what she’s up to online but often message her to tell her that her dad’s a “great guy.”

“Dealing with that [the cyberstalking] the last few years, this murder memorabilia market, and finding out that he was signing crime scene photos I said that’s it, I’m done,” she explained. “So I signed up for victim services through the Kansas Department of Corrections and […] I signed a legal cease contact order and it was delivered to him the day before his birthday this year.”

That statement prompted applause from the audience.