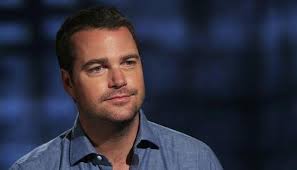 Chris O’Donnell was born in Winnetka, Illinois, a Chicago suburb. He is of German and Irish origin and has four older sisters and two brothers. On June 26, 1970, he was born.

O’Donnell grew up in a Catholic household. At the age of 13, O’Donnell began modeling.

In 1988, he received his diploma from Loyola Academy in Wilmette, Illinois. After that, O’Donnell went to Boston College and earned a Bachelor of Science in marketing in 1992.

In April 1997, he married Caroline Fentress at St. Patrick’s Cathedral in Washington, D.C. They are the parents of five children.

Christopher Eugene O’Donnell is an actor and former model from the United States. In addition to Charlie Sims in Scent of a Woman, Chris Reece in School Ties, D’Artagnan in The Three Musketeers, Jack Foley in the drama film Circle of Friends, Dick Grayson/Robin in Batman Forever and Batman & Robin, Jason Brown in Robert Altman’s Cookie’s Fortune, Peter Garrett in Vertical Limit, and Wardell Pomeroy in Kinsey, he played Dick Grayson/Robin in Batman Forever and Batman & On the CBS crime drama television series NCIS: Los Angeles, O’Donnell plays special agent G. Callen, a spin-off of NCIS.

Chris O’Donnell has an estimated net worth of approximately $25 million.