Dakota Culkin, Macaulay Culkin’s sister: How did she die? 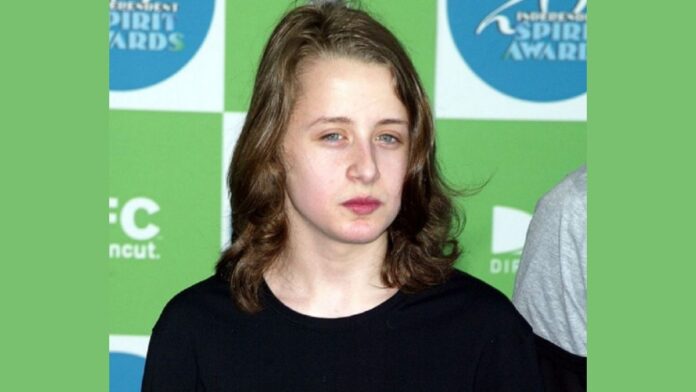 Dakota Culkin is the sister of Macaulay Culkin. Dakota’s brother, Macaulay is an American actor. Regarded as one of the most successful child actors of the 1990s, he was placed on VH1’s list of the “100 Greatest Kid-Stars”. Culkin rose to prominence as a child actor starring as Kevin McCallister in the first two films of the Christmas franchise Home Alone series, for which he was nominated for the Golden Globe Award for Best Actor – Motion Picture Musical or Comedy. The famous actor’s sister Dakota Culkin is dead. How did she die? find out.

Dakota Culkin was the second oldest of the seven siblings in the Culkin family. She grew raised in a household of actors in New York City. Dakota Culkin, a year Macaulay’s senior, led a life away from the limelight.

She died in 2008 in Los Angeles after being hit by a vehicle. Her father tried his hand at acting on Broadway, but his life was permanently transformed when he began to manage youngsters, one of whom became the first wealthy child actor.

Dakota Culkin was attempting to get into the film industry as a film production at the time of her death, and she got a behind-the-scenes part in the indie film Lost Soul. Before her untimely death, the director of that film, who worked with Macaulay Culkin’s sister Dakota, paid homage to the Home Alone star’s elder sibling. She was recalled by the filmmaker as a “humble” young lady.

“Dakota was really humble,” says Dana Schroeder, the film’s director. She preferred to work behind the scenes rather than in front of the camera.”

Andrea Poe, then 35, a close friend of Dakota Culkin’s who worked on the film with her, told PEOPLE that Culkin had recently moved from New York City to Los Angeles to pursue a career in filmmaking.

“She was very low key [about her name], but at the same time proud of her siblings,” Poe said.

“She was very close to Macaulay. They would talk frequently on the phone or go out to eat.”

Poe added: “Dakota was shy at first, but eventually she’d open up. She was actually quite hilarious, witty, and down-to-earth…All of us who knew and worked with Dakota is in deep shock. It was a total freak accident.”

What was the cause of Dakota Culkin’s Death?

Now let us answer the question, what caused Macaulay Culkin’s sister’s death? Dakota Culkin, who died in 2008 after being hit by a car while crossing a Los Angeles roadway, was reportedly intoxicated at the time of the accident. The 29-year-old aspiring production designer was Macaulay, Rory, and Keiran Culkin’s sister.

Her death was ruled an accident due to blunt-force trauma, and no charges were brought against the driver who hit her. He was clearly attempting to assist her and remained with her until she was transported to the hospital.

Dakota Culkin had a blood alcohol level of 0.31 percent at the time of the collision, according to Ed Winter of the Los Angeles coroner’s office, which is more than three times the state legal limit of 0.08.

“It might have influenced her decision to walk into traffic,” Winter revealed.

Alcohol and drug abuse run deep in the Culkin family as her famous brother the ‘Home Alone’ star isn’t the only one to have battled with drug and alcohol addictions in the past too. Jennifer Adamson, their sister, was the first to die in 2000 from a drug overdose.

Jennifer Culkin was the elder half-sister to the rest of the Culkins, as she was born to a different mother.

Macaulay Culkin says he no longer takes drugs “recreationally”, as he believes he has “outgrown” the substances.

Speaking to Esquire magazine, he said: “Besides the occasional muscle relaxer, no, I don’t do drugs recreationally. I still kinda drink like a fish. I drink and I smoke. But I don’t touch the things. I do love them. They’re like old friends. But sometimes you outgrow your friends.”

Dakota’s parents, Patricia Brentrup and her partner, Kit Culkin, were in a relationship for several years but they were never married even though they shared 7 children. The former couple started dating in 1974. Apparently, the pair first met in the state of North Dakota. They lived in the state for the first few years before moving to New York. Though her parents were never married, the kids always thought their mom otherwise. Dakota Culkin’s father, Kit is a stage actor and former manager.

Dakota Culkin’s parents split after being together for almost two decades. They parted away in 1994, and their split was given tag as one of the ugliest splits ever noticed. They had an ugly battle for the custody of their kids. Many online tabloids suggested that they were fighting for the money that their kids were making.

Moreover, when their parents were together, they used to split 15% commission on Macaulay’s earnings. According to one of her kids, her mother is a really great parent, unlike their dad, who tortured them mentally, physically, and emotionally.

Although her brother has not been in the public eye as he once was, Macaulay Culkin and his siblings remain public figures, Just recently, news broke that Macaulay is now a father. Macaulay, who is himself one of eight children, named his first child with long-time girlfriend Brenda Song after his sister Dakota. Now, many want to know more about what happened to Dakota Culkin.

Macaulay and Brenda may have agreed to give a very short statement to the press about their daughter’s birth, but in general, Macaulay has not always viewed the paparazzi favorably. In an interview with The Guardian in 2016, he was asked about his decision to turn his back on the spotlight.

“I don’t just turn my back, I actively don’t want it. The paps go after me because I don’t whore myself out,” he said.