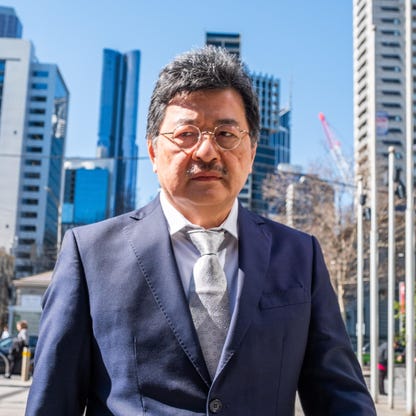 David Siang Hai Teoh is a businessman from Australia. He was born in 1955 and is now in his sixties. He was the executive chairman of TPG until March 26, 2021, a company he founded with his Taiwanese wife Vicky in 1992 after emigrating from Malaysia in 1986. He is also the founder and executive chairman of Tuas Limited, which owns SIMBA Telecom, a Singapore telecommunications company.
TPG began as a computer retailer, but several acquisitions, including the purchase of a mobile spectrum license, have helped it become a major internet service provider.

His four sons, Shane, Jack, John, and Bob, have founded over a dozen businesses in clothing, furniture, technology, and eyeglasses. His wife, Vicky, was reported to have substantial investments in 2016, including Vita Life Sciences Ltd, a pharmaceutical and healthcare company.

According to Forbes magazine, Teoh was the 25th wealthiest person in Australia in 2019, with a net worth of approximately US$1.62 billion. Teoh and his wife were valued at A$2.55 billion in the Australian Financial Review 2021 Rich List.
According to Forbes, he is worth $1.4 billion in 2022.