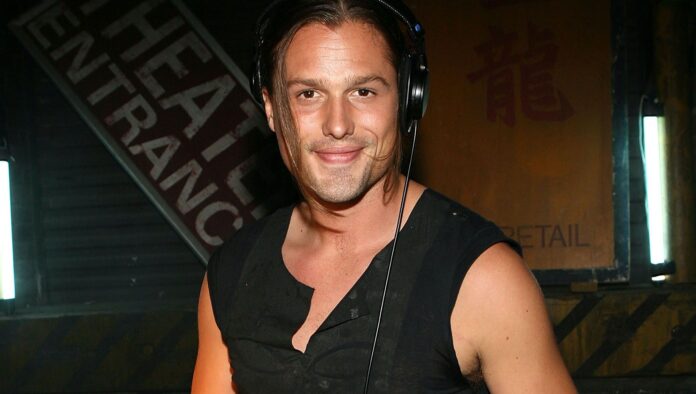 Dimitri Hamlin is the son of Harry Hamlin and actress and one-time Bond girl, Ursula Andress. Dimitri’s father Harry is an American actor, author, and entrepreneur. Hamlin is known for his roles as Perseus in the 1981 fantasy film Clash of the Titans and as Michael Kuzak in the legal drama series L.A. Law, for which he received three Golden Globe nominations. Dimitri Hamlin’s mother, Ursula Andress is a Swiss actress, former model, and sex symbol who has appeared in American, British, and Italian films. Her breakthrough role was as Bond girl Honey Ryder in the first James Bond film, Dr. No. She later starred as Vesper Lynd in the 1967 Bond parody Casino Royale.

Dimitri Hamlin has appeared in a few music videos and done some additional acting in the foreign series My Daughters.

Dimitri was born Dimitri Alexander Hamlin as the first child of both Harry Hamlin and actress Ursula Andress. According to IMDb, Dimitri was born on May 19, 1980, in Los Angeles, California. As of 2021, Hamlin’s age is 41 years.

Despite being the son of two popular Hollywood figures, Dimitri Hamlin is not a familiar name to many of Harry and Ursula’s fans. The handsome young man grabbed attention after he made his appearance in a Season 10 episode of The Real Housewives of Beverly Hills.

According to Bravo’s The Daily Dish, he’s also a DJ and modeled for Abercrombie & Fitch. In a 2004 Abercrombie & Fitch catalog, he posed alongside a then-unknown Taylor Swift. He has also modeled with Olivia Wilde, Nikki Reed, Teen Wolf‘s Tyler Hoechlin, and actress Schuyler Fisk.

How did Dimitri’s parents meet? It’s widely known by Real Housewives fans that Lisa Rinna is married to actor Harry Hamlin. It is also known that the two share a pair of grown daughters, Delilah and Amelia.

Lisa Rinna, Dimitri Hamlin’s stepmother went into detail about her husband’s past on the latest episode of The Real Housewives of Beverly Hills. While on a trip to Rome with her co-stars, she opened up about his former relationship with actress Ursula Andress. During a drive around Rome, Lisa remarked, “I think this is why our house looks a little bit like this because Harry lived here for three years and he loves this.”

When the others asked her why her husband was in Rome in the 70s and 80s, she dove into details all about his past, explaining Harry’s romance with his co-star, Ursula Andress. “He was with Ursula Andress at the time and they had a child, she lived here,” she explained. “They were doing Clash of the Titans together.”

“Ursula is the movie star that you would imagine,” Lisa said. “He said she called him and said, ‘Harry, come to my room.’ And so he did, at 28 years old, he went in and she got pregnant that night. And that was that, at 44. First time.”

Dimitri Hamlin was born in 1980 and his parents, Harry and Ursula, stayed together for three years before splitting in 1983. “Love affairs and husbands can end, but a child is forever. Dimitri is my love now,” Ursula told People.  Unfortunately, there is little to no info regarding the reason behind Harry and Ursula’s split. As a matter of fact, the couple was engaged to be married, however, they later called off their engagement.

Dimitri Hamlin is the love of his mother’s life and he’s no dim-wit either. He attended Princeton, earned a philosophy degree, and has written articles for The Huffington Post.

However, Dimitri Hamlin doesn’t have a biological sibling since his parents divorced while he was still an infant. But, he has two half-siblings; sisters Delilah Hamlin and Amelia Hamlin. Harry welcomed his two daughters with his third wife Lisa Rinna. Harry and the Days of Our Lives star got married in 1997.

Meanwhile, Dimitri’s mother, Ursula does not have any other children even though she had had a couple more relationships. Talking about Dimitri’s relationship with his half-sisters, we don’t see them together often, to be honest. But, he is pretty close to his step-mom Lisa Rinna. He also makes his public appearance with his father and step-mom.

Despite his status as a celebrity child, Dimitri Hamlin avoids the spotlight. In fact, he isn’t on any social networking platforms at all. His father, stepmother, and half-sisters, on the other hand, are all active on social media sites such as Instagram and Facebook. Amelia Hamlin, his sister, is a well-known actress with over a million Instagram followers. Delilah Belle Hamlin, on the other hand, has 1.5 million followers on Instagram.

Is Dimitri married or in any relationship? As mentioned earlier, Dimitri Hamlin prefers living a rather secret life than making it public so much is not known about his marital status. He doesn’t make his public appearances often and is out of social media as well. Due to this, his personal life and relationship details are completely out of our reach.