Drake Age, Career and Net Worth. 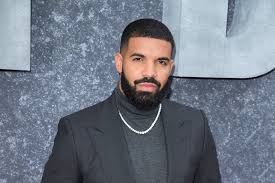 Drake is known for his achievements in music but he gained some popularity and prominence in the early 2000’s by playing a star role in the teen drama television series, Degrassi, Drake had a great start to his professional career in 2010 with his debut studio album, Thank Me Later, which debuted at number one on the US Billboard 200 under the signage of Young Money Entertainment. Drake co-founded his own record label, OVO Sound in 2012. He has over 170 million record sales making him one of the best selling artistes.

He is an award winning musician with four Grammy awards amongst others.

Drake co-founded the production company, DreamCrew, with Adel in 2017. Drake has made a couple of television shows and movie appearances.

Drake has an estimated net worth of $180 million.