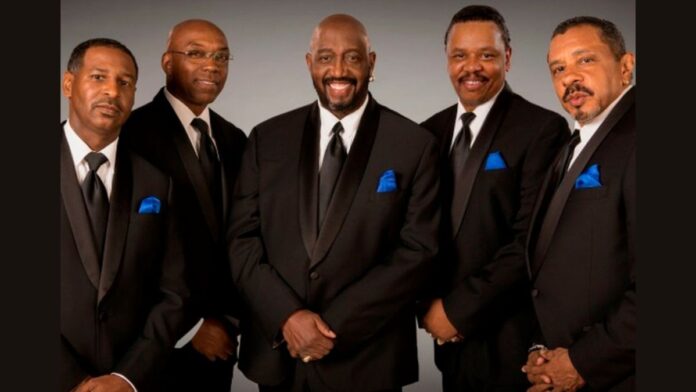 Elbridge Bryant was an American tenor, and one of the founding members of Motown singing group The Temptations. The Temptations are an American vocal group from Detroit, Michigan, who released a series of successful singles and albums with Motown Records during the 1960s and 1970s. The group’s work with producer Norman Whitfield, beginning with the Top 10 hit single “Cloud Nine” in October 1968, pioneered psychedelic soul, and was significant in the evolution of R&B and soul music. The band members are known for their choreography, distinct harmonies, and dress style. Having sold tens of millions of albums, Elbridge Bryant’s group which he was later fired from, the Temptations are among the most successful groups in popular music.

Featuring five male vocalists and dancers, the group formed in 1960 in Detroit under the name the Elgins. The founding members came from two rival Detroit vocal groups: Otis Williams, Elbridge Bryant, and Melvin Franklin of Otis Williams & the Distants, and Eddie Kendricks and Paul Williams of the Primes.

Elbridge Bryant also known as Al or Bones was born in Thomasville, Georgia, Elbridge Bryant later relocated to Detroit, where he met his best buddy, Otis Williams. Much is not known about Bryant’s family and his life before their singing group was formed.

Before founding The Elgins in 1960 with fellow Distants Melvin Franklin and Otis Williams, and The Primes’ Eddie Kendricks and Paul Williams, Otis Williams and Elbridge Bryant were in a number of groups together, including Otis Williams & the Siberians, the El Domingoes, and The Distants. Before signing with Miracle Records, a subsidiary of Motown Records, the Elgins renamed themselves The Temptations.

The label was discontinued after publishing two of the group’s recordings, and all subsequent releases were released under the Gordy Records label.

Paul Williams and Kendricks shared most of the lead vocals on The Temptations’ studio recordings with this configuration, while Otis Williams, Franklin, and Elbridge Bryant were frequently called upon to sing background vocals, offer ad-libs, harmony vocals, and occasionally a few lead lines.

When the group played live on stage, all five members got an opportunity to sing lead, with Bryant, Kendricks, and Paul Williams handling the majority of it (the latter would serve as the Temptations main lead, both on stage and in the studio, for most of this period).

During live performances in 1963, Elbridge Bryant would also sing the lead on “May I Have This Dance” (led by Kendricks in his natural voice on the studio album) and was a co-lead on “I Want a Love I Can See” (led only by Paul Williams on the studio version). They also sang backing vocals for Mary Wells and Marvin Gaye, among other Motown artists.

The Temptations only had one hitting record during their first two years with Motown, “Dream Come True,” which reached #22 on the R&B charts; the single’s b-side, “Isn’t She Pretty,” featured all five members trading lead vocals. Despite its financial success, the single, like the group’s other six singles released during this time period, failed to rank on the Billboard Hot 100 pop singles charts in the United States (although most became huge regional hits). Elbridge Bryant became dissatisfied with the group’s lack of national success because he had a normal day job as a milkman, which he preferred to continually performing and recording with the group.

By 1963, Elbridge Bryant had become sometimes volatile and unpredictable to deal with and he also had a heavy drinking problem. One mid-1963 backstage altercation between Bryant and Paul Williams resulted in the former smashing a beer bottle across the latter’s face and landed him in the hospital.

Surprisingly, Paul forgave Al and talked the other group members out of firing him as he was determined to give Bryant another chance. However, a few months later, the group would determine that he had done little to change and was still being uncooperative.

After a second altercation onstage during Motown’s 1963 company Christmas party, Elbridge Bryant was fired from the group. In 1964, Bryant was replaced by David Ruffin, who was the lead vocalist on a number of the group’s biggest hits, including “My Girl” (1964), “Ain’t Too Proud to Beg” (1966), and “I Wish It Would Rain” (1967).

Elbridge Bryant joined a number of other Detroit singing groups after being fired from the Temptations, including The Premiers, which reunited him with old Distants bandmate Pee Wee Crawford. He also appears with The Dramatics at the Summit on August 23, 1972, when they recorded their Dramatics Live CD for Fantasy/Stax Records, which was published in 1988. He died of liver cirrhosis on October 26, 1975, in Florida.