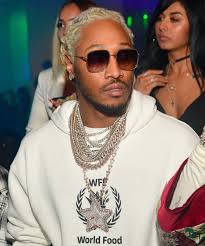 Nayvadius DeMun Wilburn, popularly known by his rapper name Future, is an American award winning rapper, songwriter and singer. He got his stage name as a nickname after he started his career at Dungeon Family where he was named ‘the Future’.

Nayvadius joined Epic Recordings in 2011 after signing a major record deal with the Sony Music Group. His album record unit sales are always high and it comes at no surprise that his albums are no strangers to the top of the Billboard 200 chart. In 2020, he released two albums, life is Good and Pluto x Baby Pluto with the former debuting at the very top of the chart and getting 153000 units sales in its first week.

Future is well known for his artistic use of Auto tune in his music.

Future Net WorthNayvadius has an estimated net worth of $40 million