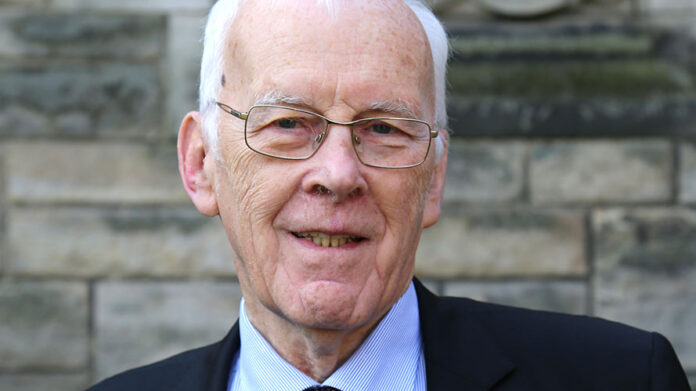 Wood was born on July 21, 1942, in Aberdeen, and attended Robert Gordon’s College before attending the University of Aberdeen, where he studied psychology and graduated in 1964. Ian Wood served as President of Robert Gordon University for 16 years, retiring in 2021. During his presidency, Donald Trump received an honorary degree personally conferred on him by Sir Ian in 2010.

Sir Ian Clark Wood, KT, GBE, is a Scottish philanthropist and billionaire businessman. He is best known for his work with Wood Group in the North Sea oil industry, which he was largely responsible for growing from a small company serving a primarily local market to a large corporation with operations in over 50 countries. From 1967 to 2006, he was CEO of the Wood Group and chairman until 2012. Wood is one of the wealthiest people in Scotland, with an estimated net worth of £1.7 billion (2020).

Wood and his wife Helen have three sons and six grandchildren. They have a second home in Perthshire at Loch Tummel. Wood and his immediate family established The Wood Foundation, a venture philanthropy organization, in 2007.
In the 2016 Birthday Honours, Wood was promoted to Knight Grand Cross of the Order of the British Empire (GBE) for services to the oil and gas industry. In the 2018 Birthday Honours, he was named Knight Companion of the Order of the Thistle (KT).

According to the 2020 Sunday Times Rich List, Wood is worth an estimated £1.7 billion, a £54 million decrease from the previous year.