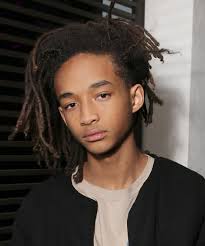 He has always had some level of fame being the son of the ‘Fresh Prince’, Will Smith who has made quite the name for himself in the entertainment industry.

Jaden’s popularity soared that much higher when he decided to pursue a career as his father, Will Smith. He made his acting debut with his father in the 2006 biographical drama film, The Pursuit of Happiness. He has gone on to star in a couple of movies like After Earth and Karate Kid which he is well known for.

He decided to venture into a singing and rap career in 2010 when he was featured by Justin Bieber on his Never say Never single which peaked at number 8 on the Billboard 100. He stayed away from acting for a while to pursue his music career and then returned to the acting scene in 2017 when he made a couple of appearances in the Get down television series.

Jaden has a net worth estimate of $8 million.