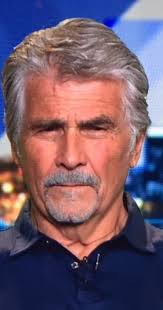 James Brolin was born Craig Kenneth Bruderlin in Westwood Village, Los Angeles, California on July 18,1940 and is currently 81 years old. He was one of five children from his parents.

He has been married thrice and is currently married to popular American actress and singer, Barbara Streisand and have been so since 1998.

James brolin was married first to late activist, Jane Cameron Agee, and then to American actress, Jan Smithers; had two children, including popular American actor Josh Brolin, and then one with the former.

James Brolin is a well-known American actor. Brolin has two Golden Globes and an Emmy to his name. On August 27, 1998, he was honored with a star on the Hollywood Walk of Fame. His cinematic performances include Sgt. Jerome K. Weber in Skyjacked (1972), John Blane in Westworld (1973), and General Ralph Landry in Traffic.

James Brolin has an estimated net worth of approximately $50 million.