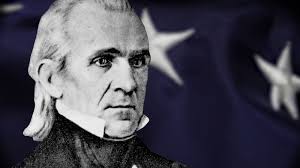 In a log cabin outside of Pineville, North Carolina, James Knox Polk was born on November 2, 1795.
He was the first of ten kids to be born into a farming family.
Polk was enrolled as a second-semester sophomore to the University of North Carolina at Chapel Hill in January 1816.
Polk returned to Nashville, Tennessee after graduation to pursue a legal education under the tutelage of famed litigator Felix Grundy.
He was married to Sarah Childress Polk and got married in 1824.

From 1845 until 1849, James Knox Polk was the 11th president of the United States. Prior to that, he served as Tennessee’s ninth governor (1839–1841) and the 13th Speaker of the House of Representatives (1835–1839). He was a supporter of Jacksonian democracy and a protégé of Andrew Jackson. He belonged to the Democratic Party. During his presidency, the United States significantly expanded with the annexation of the Republic of Texas, the Oregon Territory, and the Mexican Cession following American victory in the Mexican–American War. Polk is best known for extending the United States’ territory through the Mexican–American War.

He struggled with cholera and cold during his travel towards the Atlantic coast with his wife Sarah, got better after a while and then fell ill once more.
Polk passed away at the age of 53 on the afternoon of June 15 at his Polk Place residence in Nashville, Tennessee.