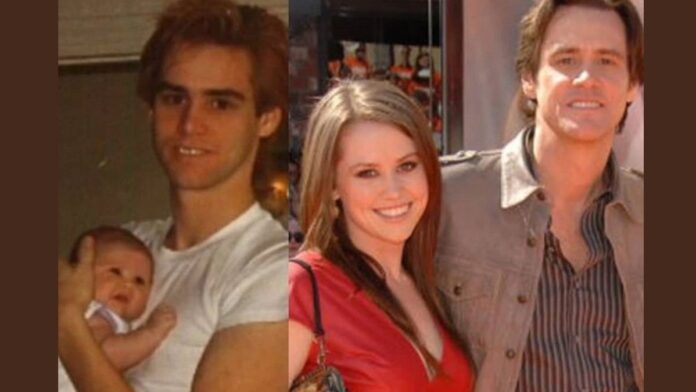 Born on September 6, 1987, Jane Erin Carrey is well-known as the only daughter of a famous actor and comedian, Jim Carrey. As of 2021, Jane Erin Carrey is 34 years old. She is a singer, songwriter, actor, and producer who first caught the media attention after auditioning on the 11th season of “American Idol”. Getting eliminated although came as a huge setback, she chose to pursue her musical passion. She then became the frontwoman for her own band “The Jane Carrey Band”.

How did Jane Erin Carrey’s parents, Jim Carrey and Melissa Womer meet? Jim Carrey was still a struggling Los Angeles stand-up comedian when he met Melissa Womer at the Comedy Store, the club that helped give Carrey his start as the performer we know and love today. Womer, who moved to Los Angeles from Arizona at the age of 17 to pursue her Hollywood dreams, was a cocktail waitress at the popular club where Carrey would often perform his bizarre routines. Womer noticed Carrey’s talent right away, paying attention to his incredible energy and banter with fellow comics.

After nearly two years of workplace flirting at the Comedy Store, Jane Erin Carrey’s parents, Jim and Melissa decided to tie the knot. The couple enjoyed a sunset wedding on March 28, 1987, at a hotel in Santa Monica, Calif. Melissa told Rolling Stone that it was “an absolutely perfect day,” and that both she and Jim were “bawling like idiots” at the prospect of uniting for life. Jane’s parents divorced in 1995.

Living in the shadow of famous parents is no easy feat and has got to be nerve-racking. Some celebrity kids went on to be more famous than their parents, while others could simply not measure up. For Jane Erin, Jim Carrey’s daughter, success hasn’t come easy. The 33-year-old didn’t take up acting like her father. Instead, she has been supporting herself by working as a waitress while trying to establish herself as a singer. Jane Erin Carrey even appeared on the 11th season of American Idol and was accused of receiving special treatment.

Having a famous parent definitely has its perks. According to reports, Jane Erin Carrey didn’t go through the challenges the other contestants did. Allegedly, the 33-year-old’s audition was also prearranged with the show’s producers.

According to Radar Online, a source revealed, “She didn’t have to sleep outside and wait for hours hoping to audition like everyone else. She basically had an appointment and showed up!”. Jane Erin Carrey was eliminated in the first week of the live auditions, no doubt resuming her waitressing job to make ends meet. Her most recent appearance on TV was in 2018 on MTV’s hit show Catfish, alongside the show’s host Nev Schulman.

Like her parent’s marriage, Jane’s marriage to heavy metal singer, Alex Santana fell apart after two years together. The pair share a son named Jackson Riley Santana whom they share custody of. Jane Erin Carrey’s ex-husband was a lead vocalist of a metal band, Blood Money.

The singer may have not found her happily ever after or won American idol but that didn’t affect her passion for singing. Jane Erin Carry is the lead singer of the Jane Carrey band which had several successful songs and even performed all over the world.

In 2017, she collaborated with her father on his biopic film “Jim Carrey: I Needed Color” as a playback singer. Moreover, two of her songs were used in her dad’s movie “Dumb and Dumber To“. Living under the shadow of a comedic genius may have made it difficult for Jane to carve her individual identity but she always had full support from her father in whatever she did.

Jane is undoubtedly an attractive lady with a height of 5 feet 8 inches and a weight of 56 kg. From what it looks like, she does have an account on Instagram with 304 followers. However, her account appears dormant and pretty much inactive. She is present on Twitter with 155.7k followers.