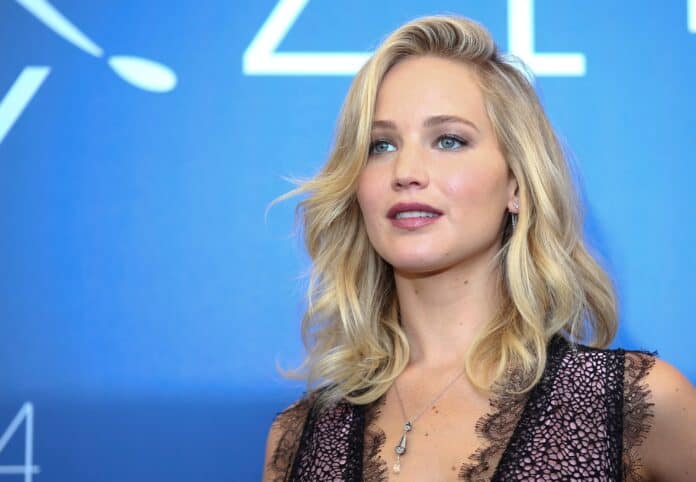 Actress Jennifer Lawrence at the age of 14 started her career as we know it while on a vacation to New York City with her family. Lawrence won an Academy Award for her work in David O. Russell’s Silver Linings Playbook (2012) and continued to work with the director on American Hustle and Joy, winning Golden Globes for all three projects as well. She moved to Los Angeles and began her acting career in guest roles on television. Her first major role was that of the main cast member on the sitcom The Bill Engvall Show (2007–2009).

Jennifer Lawrence was born on August 15, 1990, in Indian Hills, a suburb of Louisville in Kentucky to Gary Lawrence, a construction company owner, and Karen Lawrence, a summer camp manager. She has two older brothers, Ben and Blaine Lawrence. Jennifer has German, Irish, English, and Scottish ancestry. Lawrence was an athletic child, involved in cheerleading, field hockey, modelling softball and basketball which she played on a boys team coached by her father. However, she only had a passion for acting. Jennifer attended Kammerer middle school in Louisville where she was educated.

Lawrence knew from an early age that she wanted to act, and she began performing in school plays and local theatre in Louisville, Kentucky. At the age of 14, in 2005, hoping to break into acting and modelling, she went with her mother to New York City to visit talent agencies. While there, she was discovered by a talent scout and subsequently auditioned for his agency.

After conducting her cold read, the agents were impressed and had to convince her mother that Jennifer is required to spend the summer in Manhattan, agents informed her for a 14- year-old, it was the best cold-read they had ever heard. She spent that summer in New York, performing small roles and modelling for advertisements. Based on that success, after Lawrence’s early graduation from high school, the family moved to Los Angeles to allow her to further her career.

From 2007 to 2009 Lawrence played the role of the teenage daughter of a therapist in the cable television comedy The Bill Engvall Show. After 3 seasons, the show was cancelled and She soon followed that with the role that proved to be her big break, the lead in the movie Winter’s Bone (2010). For her portrayal of Ree, a poor rural teenager who is faced with an unresponsive mother and a criminal father, yet does what she can to manage the household and take care of her two younger siblings.

Before she starred in Winter’s Bone, Jennifer Lawrence Shrader took hunting lessons as she wanted to make her role in the movie seem real. Her performance landed her the Golden Globe nominations and Academy Award.