Kathy Scruggs Wiki- Untold Truth About about The Journalist 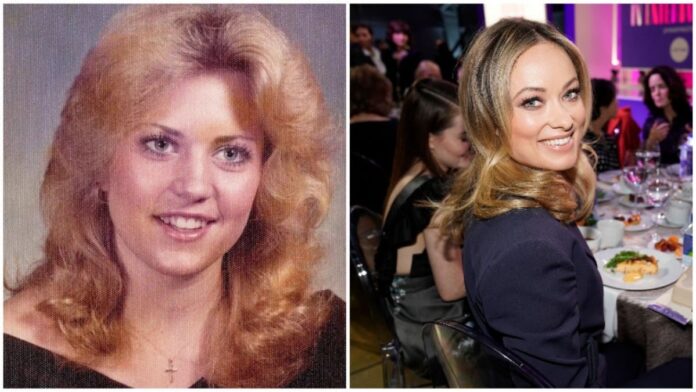 Kathy Scruggs Wiki- The Clint Eastwood directorial venture Richard Jewell was released on December 13, 2019, and it’s stirred a lot of public debate— The debate was particularly about its portrayal of journalist Kathy Scruggs by Olivia Wilde. If you recall this bit of history, Richard Jewell is the security guard who saved lives during the 1996 Centennial Olympic Park bombing. But when Atlanta-Journal Constitution reporter Kathy Scruggs disclosed that the FBI had initially investigated Jewell as a suspect, he was vilified until he was cleared of all charges. While the biopic hails Jewell as the hero he is, Scruggs is shown in a poor light, which some journalists are not happy about. Our Kathy Scruggs wiki tells the story of this headstrong reporter who pursued a story against all odds.

Kathy Scruggs Wiki: Kathleen “Kathy” Scruggs was a reporter for the Atlanta Journal-Constitution who broke the story that the FBI was investigating security guard Richard Jewell as a possible suspect in the 1996 Atlanta Summer Olympics bombing. That article — headlined “FBI Suspects ‘Hero’ Guard May Have Planted Bomb” — set off a media firestorm around Jewell from which he never really recovered, even after being cleared of the crime.

Born Kathleen Bentley Scruggs on September 26, 1958, she and her older brother by 10 years, Lewis Scruggs Jr., were the products of a prominent family in Athens, Georgia. Their father, Lewis “Bubber” Scruggs Sr., was a World War II veteran who co-founded the Athens Insurers Inc. In 1953. Kathy’s father also studied journalism at the University of Georgia. He passed away in 2009, eight years after Kathy died in 2001 of an overdose of drugs. Mrs. Scruggs has passed in Cherokee County, Georgia.

Kathy Scruggs’ mother, Nancy Bentley Scruggs, was a charitable and social force in Athens before her death in 2015. Kathy, Nancy, and Lewis Sr. are survived by Lewis Jr., who continues his father’s legacy in the insurance business, and his wife and kids.

Kathy Scruggs was remembered by those who knew her, including her friends and family, as a wild youngster with a rebellious and adventurous side. Instead of following in her parents and brother’s footsteps and enrolling at UGA, she chose Queens University (formerly Queens College) in Charlotte, North Carolina.

In the 1990s, Scruggs was known for her solid reporting, her tight relationship with local law enforcement, and also her hard-partying ways, something that was exacerbated after she set off the media firestorm directed at Jewell.

Kathy Scruggs died of a morphine overdose in 2001. At the time, the coroner said it could not be determined if the overdose was suicidal or accidental. But several friends and colleagues have said over the years that she never really recovered from what happened with Jewell.

“She was never at peace or at rest with this story. It haunted her until her last breath,” her former colleague Tony Kiss told the Atlanta Journal-Constitution in a 2019 feature about her. “It crushed her like a Junebug on the sidewalk.”

But even facing litigation over the article, Kathy Scruggs would not reveal her source in reporting that Jewell was a suspect. When she died, she was facing possible jail time — though eventually, the Journal-Constitution was cleared, with the Georgia Court of Appeals finding that “the articles in their entirety were substantially true at the time they were published.”

However, that dismissal came 10 years after Kathy Scruggs died. Her friends always believed stress over that story contributed to her failing health. Longtime friend Lisa Griffin told the Journal-Constitution that she spoke with Scruggs on the phone shortly before she died.

In the 2019 Clint Eastwood film about the bombing, Kathy Scruggs was portrayed as having slept with sources for scoops, something the people who knew her took great umbrage with.

If not for Richard Jewell, the bombing at the Centennial Olympic Park in July 1996 may have killed hundreds of people.

As part of his duties as a security guard during the Atlanta Olympics in 1996, he was stationed at the public park.

A rucksack containing three pipe bombs was found by Jewell while walking through the park. He called the police and assisted them in evacuating the area before the bomb squad arrived.

One person was killed and over a hundred injured when the bomb went off 13 minutes after the area had been evacuated.

Later, a heart attack claimed the life of a cameraman who had been covering the tragedy.

At first, Jewell was heralded as a hero for his role in thwarting the attack and saving many lives. But then, just 3 days later, AJC printed an article by Kathy Scruggs and Ron Martz, revealing that the FBI was looking into Jewell as a potential suspect.

Based on the “lone bomber” profile, the FBI searched his home and possessions and placed him under surveillance, according to Scruggs and Martz’s investigation.

Jewell’s personal and professional life suffered as a result of the media trial that ensued.

However, he was exonerated of all charges and hailed as a hero once more. The real Olympic Park bomber was identified as Eric Rudolph.

After his acquittal, Jewell filed libel suits against all the media outlets involved, including the AJC. Kathy Scruggs wiki.