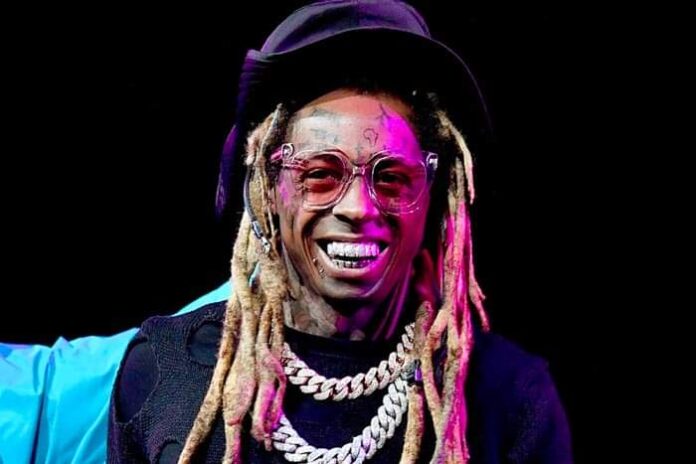 Lil Wayne wrote his first rap verse when he was just 8 years old. Later at 9 years, the rapper accidentally shot himself with a handgun and was saved by a policeman who lifted him and sent him to the hospital. Lil Wayne later decided to drop out of school and focus on his rap career after he was signed on to rapper, Birdman’s Cash Money Records label when he was only 14 years old. He was part of the rap group ‘Hot Boys’ which included rappers Juvenile, Turk, and B.G. Lil Wayne later went solo and dropped his first album ‘The Block is Hot’. The album was a success and reached platinum certification. Lil Wayne surpassed legendary singer, Elvis Presley for having the most entries on the Billboard Top 100.

Lil Wayne has had several nicknames over the years such as Lil Tunechi, Weezyana, Weezy, Birdman Jr (about his ‘father and son’ relationship with Birdman), Dr. Carter, and many more. Lil Wayne’s father abandoned him and his mother when he was just 2 years old. Explaining why he called himself Wayne instead of his given name of Dwayne, Lil Wayne stated “I dropped the D because I am a junior and my father living and he’s not in my life and he’s never been in my life. So I don’t want to be Dwayne. I’d rather be Wayne”

When he was asked if his father knew of the name change, he replied “He knows now”. Lil Wayne considers his late stepfather to be his real father.

Lil Wayne has received several awards for his music in the rap industry. The rapper who was born on September 27th in 1982 in New Orleans, Louisiana, is now 39 years old.

Music is one of the most rewarding professions in the world especially when one has talent and works hard. Through music, Lil Wayne has become rich. Lil Wayne currently has an estimated net worth of $170 million, making him one of the richest rappers in the game.

Although Lil Wayne may not look much of an investor, the popular rapper has his hand in several investments that have contributed to his staggering net worth. He is the co-founder of Young Money Records, which was the record label responsible for guiding artists like Drake and Nicki Minaj, DJ Khaled, and several other musicians into who they are today.

Lil Wayne also owns TRUKFIT, which is a clothing brand that was first launched in 2012. The clothing line was designed for skaters since Lil Wayne himself is also a skater.

Lil Wayne also partnered with Dr. Dre to release his line of headphones in 2012. These were sold for over $300 each. However, they are no longer on sale today.

Lil Wayne also wrote a book after he was sentenced to a year in prison in 2013 for gun possession. The book which is titled ‘Gone Till November”, became a bestselling book.

Lil Wayne partnered with a cigar brand known as Bogey Cigar at the height of his career in 2008 to release his line of cigars. They are still available today.

Wayne is also involved with a rum company known as Bumbu Rum.

Lil Wayne spends big on things to remind himself that he is rich. The rapper can normally be seen wearing several diamond chains and rings which cost hundreds of thousands of dollars. He was the first rapper to purchase a Bugatti Veyron before other rappers followed suit. This was the turning point of Bugatti’s popularity in rap music and among rappers. Aside from the Bugatti, Lil Wayne owns several luxury vehicles such as Mercedes SLS AMG, Bentley Mulsanne, Rolls Royce, and many more.

He also bought a mansion on Miami Beach that cost $17 million in 2018. He also owns another mansion in Hidden Hills which he bought for $15.4 million in 2019.

Although he has never married before, Lil Wayne is the father of 4 children. His eldest daughter, Reginae Carter, was born when he was just 15 years old.