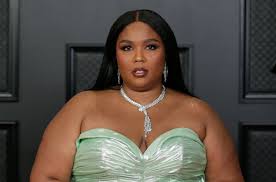 Melissa Viviane Jefferson, popularly and professionally known as Lizzo, is an American rapper, singer, songwriter and actress. She also plays the flute.

Melissa’s career as a singer and rapper peaked in 2019 with her album, Cuz I love you which entered the top five in the Billboard200 in the US. Melissa received 8 nominations at the 2020 Grammy awards ceremony. She has won a couple of awards including Grammy and BET awards. Melissa has also been featured in a couple of television series and animated series. Melissa signed a deal with Amazon studios in 2020 for a reality television series.