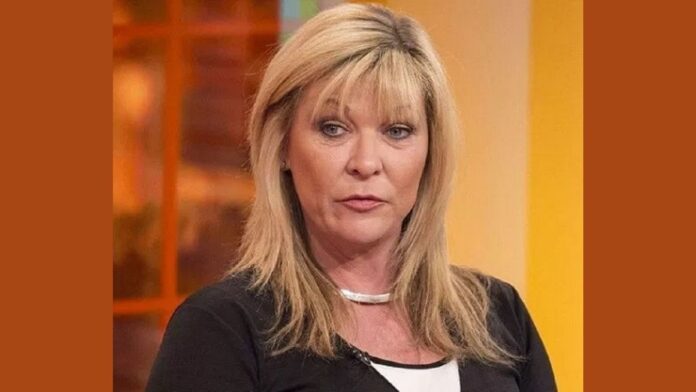 London King is a former model, actress, and also the mother of Elle King. London’s daughter, Elle is an American singer, songwriter, multi-instrumentalist, television personality, and actress. Her musical style encompasses country, soul, rock, and blues. She released her debut album, Love Stuff on February 17, 2015. The album produced the US top 10 single “Ex’s & Oh’s”, which earned her two Grammy Award nominations. King has also toured with acts such as Of Monsters and Men, Train, James Bay, The Chicks, Heart, Joan Jett, Michael Kiwanuka, and Miranda Lambert.

London King is a former model and actress who now works as a birthing instructor and companion in the United States. She is the ex-wife of Rob Schneider, an actor, comedian, screenwriter, and director. Elle, Rob and London King’s daughter, is now pursuing a career in the music industry. London had a previous relationship that led to the birth of her first child, a son named Noah, before marrying Rob. Noah’s father’s identity is yet to be revealed. London is currently married to Justin Tesa, a musician. London has modeled for a number of companies and has also been in a number of films. She did not have much success as an actor, though, and finally stopped modeling and performing.

London King’s first job was as a model. She began by appearing in ads and TV commercials. A common problem most beginners face, she did not receive any modeling offers from any well-known brands. Her modeling career was severely harmed as a result of her adolescent pregnancy. Despite this, London rebounded back to pursue her goals of acting and modeling.

London King landed acting jobs in Hollywood movies that were not very famous. In most movies, she played a supporting role. Most people recognize London King actress from the 2000 film A Better Way to Die, where she played the character of Cheryl. She also appeared in the 2001 movie called Raw Fish as Jade and also acted as Ruby Jenkins in the 2002 film The Calling. Despite these roles, Rob Schneider’s ex-wife’s acting career was largely unsuccessful.

Today, London King is a doula. A doula is a person who offers support, advice, and love to a woman during her journey of pregnancy and delivery. The doula also educates women and men about childbirth and how to cope with it.

This is her most exciting job yet because she gets to be in the life journey of many children right from pregnancy. So far, she has supported many women in bringing forth new life, and she has a website, Push Love Doula, that offers more insight on this journey.

Her Mariage and Family Life

London gave birth to her first child when she was still a teenager. She was involved in a romantic relationship with an unnamed man while pursuing her aspirations of being a model and actor. A pregnancy resulted from their relationship.

In August 1986, she gave birth to her first child, Noah King. She met comedian and actor Rob Schneider two years later and fell in love with him. Rob Schneider and London King married in Las Vegas in September 1988 after a three-day courtship.

Rob and London had their daughter Tanner Elle Schneider on July 3rd, 1989, as a result of their marriage. Elle King is Tanner’s stage name. She is a singer, actor, and composer who is taking the music industry by storm. London King, Elle’s mother, divorced Rob shortly after their daughter was born. Elle King’s parents were married for barely two years before divorcing in 1990. The reason for their divorce was never made public.

After their divorce, Elle King’s mother London had custody of her and did her best to raise her daughter. Elle king grew up in Ohio. Her dad, Rob, moved on and got married to television producer Patricia Azarcoya Schneider. London King also got remarried to Justin Tesa in 2000, and the couple is still together to date.

Tesa was instrumental in the stepdaughter, Elle King’s music career. When she was nine years old, he gave her a record by the music group The Donna. After listening to it, Elle decided that she would become a musician in her adulthood. Today, Elle is a renowned musician whose genres of music are blues and rock and roll.

Today, Elle KIng London King’s mother loves her marriage to Justin Tesa, with whom she lives in Brooklyn, New York. She has shared photos of herself with him on many occasions to demonstrate that they are still in love and enjoying their relationship.

London loves leading a quiet life away from the spotlight. She is, therefore, not very active on social media. She has an Instagram account with about 5k followers. On this page, she sometimes documents her journey as a doula.

What is her net worth? Much information is not available related to her net worth. However, some sources disclose London’s net worth to be $1.5 million.

London King’s daughter started dating Andrew Ferguson in January 2016. The couple met in a hotel lobby in London and got engaged twelve days later on a sailing trip around the San Francisco Bay. They married on February 14, 2016 and confirmed their intent to divorce on May 15, 2017. On April 23, 2017, Ferguson was arrested and charged with felony domestic violence after allegedly grabbing King by the throat and threatening to kill her, though this charge was later dropped. King and Ferguson briefly reconciled in late 2017. As of October 2018, Elle is in a new relationship.

In 2021 it was revealed she was pregnant with her first child with tattoo artist Dan Tooker.