Most Expensive Limited Edition Hypercars In The World 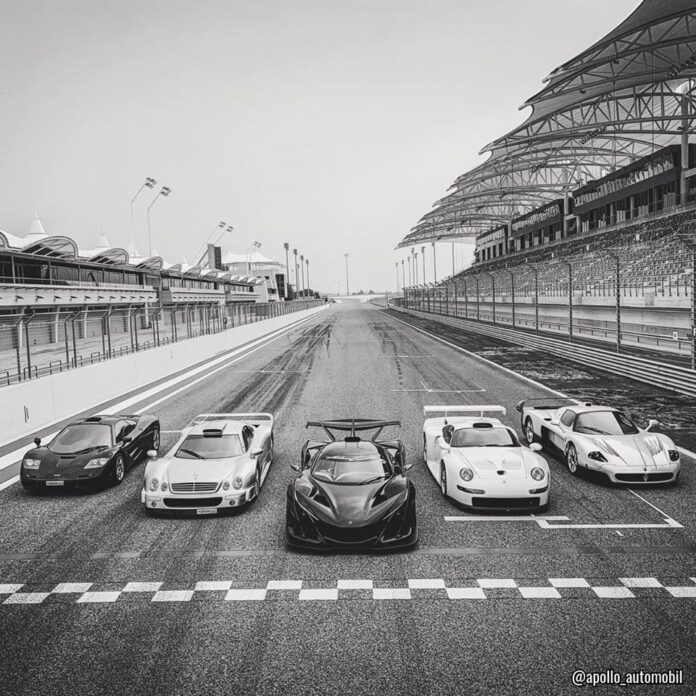 If you are a huge lover of automobile creations, then you would love to know about some of the most expensive limited edition hypercars ever made in the world. These vehicles take months to complete and come with the greatest attention to detail ever seen in a road car. With bodies made of carbon fiber along with increased performance and special features, they are certainly not made for those who see vehicles solely as a mode of transportation instead of art and culture.

Ladies and gentlemen, below are some of the most expensive limited edition hypercars in the world. Some of these are even one-off vehicles which means that their kind is only one in the world and such, command a high price before one can become that sole owner.

The Mercedes AMG One is an upcoming hypercar from the AMG branch of Mercedes in celebration of its 50th birthday. The AMG One is a hybrid supercar that was first shown at the 2017 International Motor Show in Germany. All 275 units of the vehicle slated for production have already been sold out to customers. Maybe the reason the car sold out that quickly was because F1 world champion and Mercedes driver, Lewis Hamilton, contributed to the development of the hypercar. The AMG One has an estimated top speed of 217mph and draws power from a 1.6liter turbo V6 engine.

Whenever we make a list of expensive vehicles, you will always find a Ferrari in there somewhere. Although this car is quite older than most of the cars on the list, the fact that it is a one-off car along with its price tag qualifies it to be added. The F60 America is based on the $350k Ferrari F12 Berlinetta and can be seen as the convertible version of the F12. As such, the F60 comes with the same powertrain found in the F12. The F60 was Ferraris present to one lucky owner as a part of its 60th celebration in North America.

This car may be sporting the name of Aston Martin but after you find out the number of companies involved in manufacturing it, you may wonder why it bears the Aston Martin name. Maybe Aston Martin paid others to build the car and then slapped its name on it. That makes enough sense. Red Bull Racing also had a hand in the creation of this vehicle. Only 150 cars are being made.

The Jesko, which was named after the father of the company’s founder, Christian Von Koenigsegg, is one of the most powerful cars on this list. It was built as a high-performance racing car and comes with a peak power of 1,603hp when filled with E85 fuel or a lesser 1,281hp when filled with normal gasoline petrol from its twin-turbo V8 engine.

This car is an example of what happens when you give your Bugatti Veyron to a German tuner, Mansory along with a couple of millions of dollars. The beautifully made Bugatti Mansory Vivere is a limited edition car by Mansory and it is based on the Bugatti Veyron Grand Sport Vitesse. Mansory does not touch the engine when it modifies a Bugatti since the 1,200hp from the 8liter engine is crazy enough to get you dizzy on the autobahn. With a top speed of 253mph, it is probably the fastest car on this list.

If you are looking to get a hybrid Lamborghini, then the Sian is what you are looking for as long as you have over $4 million sitting around. Only 63 units are being made and each carries a V12 engine along with an electric motor. It is the first hybrid car by Lamborghini.

The Veneno Roadster is the convertible version of the Veneno coupe. Veneno translate into poison in Spanish and the design of the car really lives up to the name. Based on the Lamborghini Aventador, the Veneno also sports a V12 engine that produces about 770hp.

Not really a hypercar but the build process of this particular Koenigsegg puts it on this list. Its body is made of a diamond carbon fiber weave finish along with a double carbon fiber rare wing and Inconel exhaust pipes. Only two were made due to how hard the build process was even though Koenigsegg had planned to make three. The car shown here once belonged to Floyd Mayweather.

With a Mercedes sourced 6liter V12 engine producing 827hp and with only 5 in existence, the Huayra Imola certainly belongs on this list. The Imola is one of the most powerful cars around and the Pagani wasted no time in putting this vehicle together.

Built specifically for tackling corners, the Bugatti Divo is based on the Bugatti Chiron and was named after a French Bugatti race car driver of the 1920s.

The Exelero was a one-off car made by Maybach and carried a V12 twin-turbo engine despite not looking anything like a performance car. the car was commissioned by Goodyear, Fulda to be used in testing a new tire range. It was later featured in a music video by billionaire rapper Jay-z and there were rumors that fellow wealthy rapper, Birdman had purchased the car. These rumors later turned out not to be true. For its design, it is impressive that the car can reach speeds of 213mph.