Most Expensive Production Cars In The World 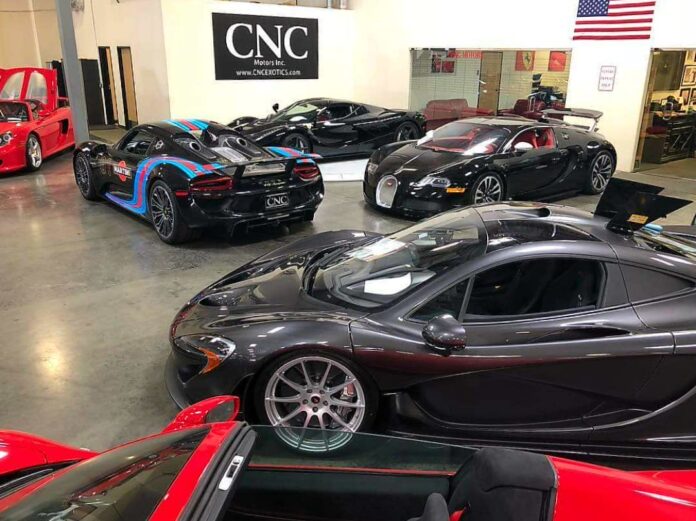 Hundreds of years ago, the mode of transport available to people was riding horses and carriages that were pulled by horses. Carriages and horses were owned by the wealthy as they were the only ones rich enough to afford it. Fast forward today, cars have become cheap as one can find them everywhere he or she turns. However, that does not mean that one can afford every car in existence. Just like the horses and carriages were made for only the wealthy who could afford it, there are also vehicles today that are made with the wealthy in mind.

These are specially designed vehicles with crazy engine power and astronomical price tags that will make your next-door neighbor look at your car and shake his head. These vehicles are not just made for the sole purpose of transporting their occupants. They are also a symbol of wealth and status and they turn heads whenever they drive past you by. Parking your $3,000 Hyundai beside one of these at a red light will cause your girlfriend to think that she made a mistake falling for you. One thing to keep in mind is that some of these vehicles are expensive because of the brand name emblazoned on their bonnets, not because of their performance or beauty.

Ladies and gentlemen, I present to you some of the most expensive production cars ever made. Please note that this article focuses on only production vehicles and not one-off vehicles, which means that the only thing preventing you from getting one is because broke. The list is also in no particular order. So let us get the ball rolling already.

The McLaren P1 is one of the most powerful supercars ever made by McLaren Automotive and it was released in 2013. It followed in the footsteps of the legendary McLaren F1 which was released in the 90s. The P1 is a hybrid super. This means that its mechanical gasoline engine has been coupled with an electric motor to raise its total power output to a total of 903hp. Drivers can also drive the car in silent electric mode by switching off the engine, turning the supercar into an electric vehicle at the touch of a button. Only 375 units of this supercar were made and all were sold out, making it a limited edition sought out by rich super collectors.

Price: $1.15 million when it first arrived, now selling for over $2 million.

You can not create a list like this and leave out Ferrari. The list would be incomplete. The LaFerrari was manufactured by legendary supercar maker, Ferrari, in Italy. The name ‘LaFerrari’ literally means ‘The Ferrari’. It also came with a gasoline engine coupled with electric motors that raised its power output to a whopping 960hp. However, it cannot be driven in pure electric mode like the McLaren P1. The electric motors of the LaFerrari are there to complement the power of the gasoline engine. Only 399 examples were made and you could only buy one if Ferrari invited you to do so. Talk about giving someone permission before he could spend his hard-earned money.

If you want one, it will be a ‘fairly’ used one you can get. Its exterior design is enough to make you scream before hearing the price tag while the interior might make you change your mind about buying it.

The convertible version, known as the Laferrari Aperta, is even more pricey than the coupe and was released to celebrate 70 years of Ferrari making expensive vehicles. One of these was given to the pope and guess what he did, he sold it for charity. I mean what were you expecting an over 80-year-old man to do with such a car. it’s not like he could drive it in the first place.

Zenvo is a supercar maker that is not well known outside of Denmark. The company built a limited edition of its ST1 supercar and it planned to release only 5 cars per year to make it exclusive enough to justify its price tag. The TS1 GT was first shown off in 2016 at the Geneva Motor Show. The TS1 shares a similar chassis with the Zenvo ST1.

The Swedish automaker, Koenigsegg, has been able to build a name for itself over the years as one of the best supercar makers in the world through the release of its amazing powerful supercars. The One:1 has been labeled as the ‘world’s first mega Car’ by Koenigsegg. Introduced in 2014, the Koenigsegg One:1 utilizes a twin-turbo, 5Liter engine that produces a whopping 940hp.

The Bugatti Veyron is one of the most popular supercars in the world. It was the first road-going vehicle with a 1,000hp engine which was derived from its W16 engine. The supersport version made 1300hp from a revised version of the same engine. It was made quite popular by rappers and almost every wealthy person in the world owns at least one. I say one because there are people who own 3 or 4, like American real estate mogul, Manny Khoshbin.

Price: $1.5 million for the base Veyron when first released. Now sells for around the same price range.

This is another limited edition automotive masterpiece from McLaren and the fourth edition in its ultimate series range. The Speedtail is also a hybrid car that seats three people instead of the usual two, as most supercars do. With a power output of 1035hp and a shape that mimics a teardrop when viewed from the top, it is certainly worth its price.

Price: $2.2 million but I am afraid to tell you that it sold out.

We now have another Bugatti on the list. The Chiron is the successor to the Veyron and comes with even more power at 1479hp. Its supersport version produces 1570hp. The Chiron is one of the most expensive production hypercars around. It features a clear departure from the design of the Bugatti Veyron while maintaining the overall design language.

Price: $3 million. Special edition Bugatti Chiron Hermes cost $6 million. The Chiron Pur Sport, which is a limited edition model of 60 units, is priced at $3.3 million, while the Chiron Divo drops in at $5 million.

The Ferrari SF90 Stradale is one of the latest vehicles from the Italian automaker. It is also a hybrid supercar that combines a gasoline engine with electric motors to generate its horsepower.

Released in 2003, the Ferrari Enzo was created to honor the legacy of Enzo Ferrari, the founder of the company. The car was designed with inspiration from Ferrari’s F1 cars. As beautiful as it looked, there was no stereo in it. Asked why the vehicle had no stereo in it for the price it was being sold for, Ferrari replied that the sound of the V12 engine was enough music to the ears of the passengers.

Price: $600,000 when first released. Now sells for $2 million upwards. Anything with a Ferrari badge is bound to be expensive and triple in value.

You may agree with me that the design of most Porsche vehicles is normally boring. Well, that is not the case with the Porsche 918 spyder. The 918 spyder is the successor to the Porsche Carrera GT of the early 2000s and features a gasoline engine coupled with electric motors, making it a hybrid supercar. It produces 888hp from this setup.

Named after the Inca gods of winds, the Huayra is the second vehicle by the Italian automaker, Pagani. It is the successor to the Pagani Zonda and uses an engine sourced from Mercedes that produces 740hp. With its gull-wing doors and opulent-looking interior, I am sure that no one will complain about its price tag. A hardcore variant known as the Huayra BC was also released to honor the first customer to ever purchase a car from the Pagani car company.

The Zonda was the first supercar made by Pagani in Italy. Just like the Huayra above, it also used an engine sourced from Mercedes. The Zonda made this list because although the initial ones cost $300,000, other special-made variants that were later made for customers were priced higher than that. Pagani even made one known as the Zonda HP Barchetta and asked customers to pay what they thought the value of the car was. In others words, customers should bid until the last man is left standing, raising the value of the car by several million.

So, ladies and gentlemen, these are some of the most expensive production cars in the world. We could not fit all these expensive wheels on this article so you should watch out for another edition of this if you are into vehicles. In the meantime, let us know what you think about supercars and their price tags.