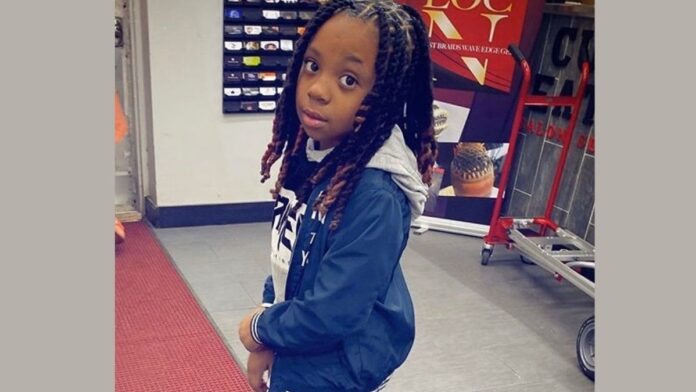 Neal Carter is the son of Lil Wayne and Nivea. Neal Carter’s father, Dwayne Michael Carter Jr., known professionally as Lil Wayne, is an American rapper, record executive, and entrepreneur. He is regarded by many contemporaries as one of the most influential hip-hop artists of his generation and is often cited as one of the greatest rappers of all time.

Neal Carter was born on November 30, 2009, at Birmingham, Alabama, United States of America. Neal Carter is the fourth child of famous rapper. As of 2021, he is 11 years old. His father calls him ‘Meatball’ because of his small and round shape.

Neal Cater’s mother, Nivea is an American singer whose recordings reached the Billboard charts during the early 2000s. Nivea is known most for her Grammy-nominated hit “Don’t Mess with My Man” as well as “Laundromat” and “Okay” featuring YoungbloodZ & Lil’ Jon.

Neal Carter was born just three months after his half-brother, Cameron, was born. Lil Wayne had uploaded a photo of his favorite son, Meatball, along with his siblings on his birthday. Neal Carter’s parents, Nivea and Lil Wayne are very cooperative while raising their son. According to her, they are great co-parents.

Even at his young agae, Neal Carter has already inherited his father’s talent for rapping and the two have featured together in a number of videos on YouTube. The father-son relationship is strong because the parents have not let their disagreements impair Neal’s childhood. Apart from infrequent appearances in the media, Neal Carter avoids the spotlight. His father does not take his to events like how most celebrities do to their children.

How did Neal Carter’s parents meet? Wayne and Nivea met when her career was at its highest point. She tells Burruss that Wayne reached out to her manager after seeing her in her “Don’t Mess With My Man” music video. The New Orleans king of rap orchestrated a studio session under the disguise that he wanted to collaborate on a song with her.

In February 2002, Neal Carter’s parents started dating. On December 11, 2002, they became engaged. In her July 2003 interview with Sister to Sister magazine, Nivea spoke about her engagement and how Wayne proposed. “Wayne said, ‘I got your Christmas present with me and you’re gonna love it. It’s gonna make you smile. He got down on his knee and he was like, ‘I know I’m young, but I’ve been through enough relationships to know and understand the meaning of what love is.’ He was just perfect. He told me that he wanted to spend the rest of his life with me and he loved me. It was snot and tears at the same time.”  Nivea credited Wayne as being her first love. She said that if they didn’t get married, that she would die a single woman. In August 2003, Lil Wayne called off his engagement to Nivea.