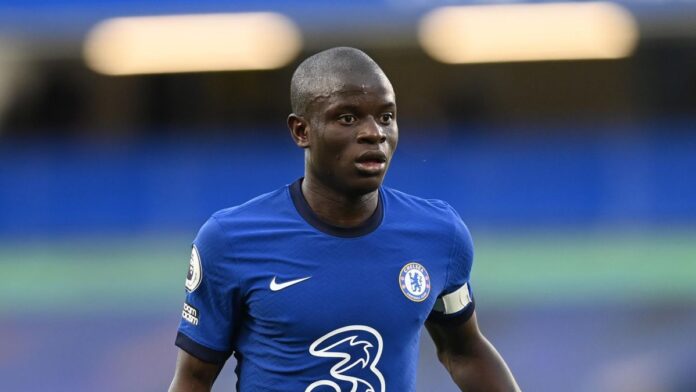 N’Golo Kante is a professional football player who plays as a midfielder for the English club, Chelsea FC, and the French national team. Kante has become one of the most well-known midfielders in the world of football due to his tenacity, defensive awareness, and skills. Before joining Chelsea, Kante was part of the Leicester City team that pulled an upset on the English premier league by winning the league title for the 2015-16 season. Kante was also part of the French team that won the 2018 World Cup tournament.

N’Golo Kante was born in Paris, France on 29th March 1991. His parents are Malian immigrants who had traveled to France in 1980 in search of a better life. He was brought up in Rueil Maimaison, Hauts de Seine, in france. The family lived in a modest flat. Kante lost his father when he was just 11 years old. His ethnicity is African while his nationality is French. Kante also holds a vocational accounting diploma in terms of education. Kante is well known for being humble and does not talk a lot. He is always seen with a smile on his face whenever news reporters catch up to him.

The football player made his first professional debut for Boulogne in the French Ligue 2. He was later signed by Caen on a free transfer and moved to Ligue 1 after the team got promoted to the first division. Kante was later signed by the English premier league side, Leicester City for $7.3 million. He made his debut in a win against AFC Sunderland and won the premier league title. In 2016, the midfielder joined Chelsea FC for $41.7 million and he was given the number 7 shirt. He subsequently won the premier league title once again with Chelsea. Kante has also won the UEFA Champions League trophy with Chelsea.

On the international side, Kante has represented the French national team at various international tournaments and he was part of the team that won the 2018 World Cup trophy in Russia. He made his international debut for France against Romania.

With his talent and defensive awareness helping Chelsea to numerous wins and trophies, Kante has been able to build a fortune for himself along the way. N’Golo Kante has an estimated net worth of $15 million. He earns around $4 million a year at Chelsea. Kante also has an estimated market value of $80 million.

When it comes to the number of endorsements the midfielder has, N’Golo is an endorser for sporting goods giant, Adidas.

N’Golo Kante is one of the few sports athletes in the world who does not seem to need money. Kante has never been seen flaunting his wealth as he is known to be very down-to-earth and humble. He does not own a lot of vehicles that we know of. When Kante initially signed for Leicester City, he was said to run or walk each day from his residence to the training grounds of the team before he was told that he had to drive to training. He then purchased a small $26,000 Mini Cooper S as his mode of transport. The first Mini he bought while he was at Leicester was shipped to France and he bought another Mini when he joined Chelsea.

However, Kante seemed to have had a change of mind after he grounded his beloved Mini in favor of a Mercedes Benz GLS worth around $71,000. He has certainly begun to enjoy life as a football star should.

He is also known to live in a small modest home.

N’Golo is said to be married to Jude Littler. Jude Littler is the former wife of former Liverpool striker, Djibril Mangue Cisse. It is not known when Kante met and started a relationship with Jude Littler. Kante is very quiet about his private life and Jude Littler also seems to be of the same caliber.