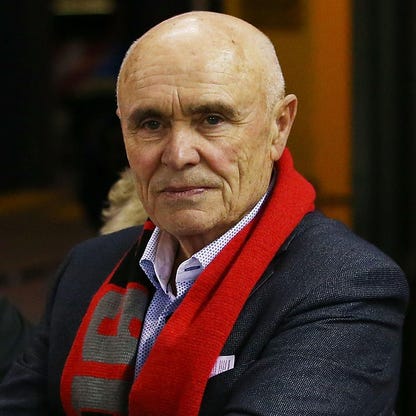 Paul Alexander Little AO is a philanthropist and businessman from Australia. Little was the managing director of Toll Holdings, an Australasian integrated logistics provider, from 1985 to 2011, retiring after 26 years of service. Little also owns Little Aviation, an aviation charter company that, as of 2013, owned a A$65 million Gulfstream G650ER jet. Little Aviation has three pilots on staff.
Little has spent nearly his entire business career in the transport industry, first as an employee at Mayne Nickless, where he rose to become national operations manager of the Seapak Transport Services division, and then as a consultant at Peko-Wallsend, where he assessed the feasibility of purchasing the Toll business and then led the takeover, which went on to become a prominent Australian transport services provider.

Little’s second wife is Jane Hansen, a former investment banker. They paid a then-record price for a Melbourne home in 2002 when they purchased the Toorak mansion Coonac for nearly A$15 million. Shirley, Little’s first wife, died of cancer in 1992. Little has three kids.

Paul Little has an estimated net worth of approximately $1.71 billion as per Financial Review Rich list as at 2021 and then $950 million by Forbes as at 2019.