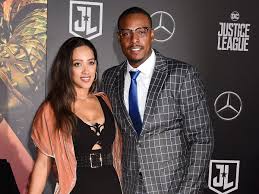 Paul Anthony Pierce is a former professional basketball player and ESPN analyst. He is American and had a very long career as a pro in the National Basketball Association(NBA) playing mostly as a small forward in the 19 seasons he was active.

Paul has had quite a successful career as a professional basketball player having started early on from high school where he got to play a part in the 1995 McDonald’s All-American Game. He went on to continue to gain some attention in college in Kansas where he entered the NBA draft and was picked by Boston Celtics in 1998.

He got a job in 2017 as a studio analyst at ESPN . He lost his job in April 2021 due to his live instagram session with a display of half naked women and alcohol.

Paul has an estimated net worth of $70 million.