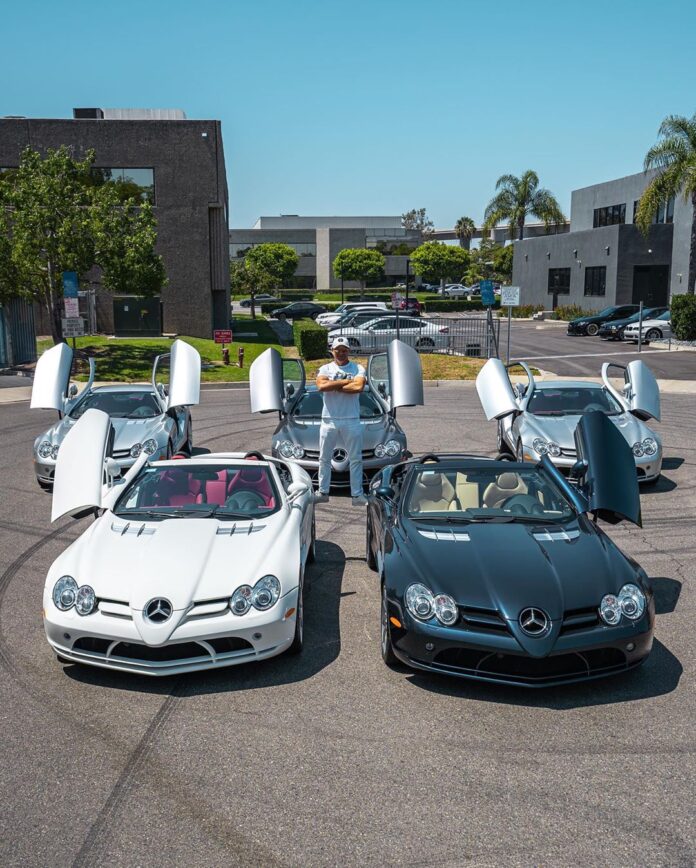 Manny Khoshbin is a real gearhead you should know about if you love cars. Some people love cars so much from their childhood to the extent that, when God finally blesses their hard work in life, they buy as many as they can fill in their homes. If you are not a gearhead (like me or the subject of this article) you will probably not understand why a man can buy a lot of supercars. There is something about cars that only gearheads can understand and that explains our love for them.

Today, I want you to meet Mr. Manny Khoshbin. Manny Khoshbin is a wealthy real estate investor in the city of California with more than two decades of experience in the world of real estate. He is also a gearhead who loves cars very much and has been able to amass quite an envious collection for himself. Mr. Manny Khoshbin owns several special edition and one-off supercars as follows.

The Rembrandt is part of the Bugatti legends edition series which was made to commemorate some of the most important people in the automaker’s history. It was based on the Bugatti Veyron Grand Sport Vitesse and was finished in two-tone brown colors with a brown interior.

The Chiron Hermes is a one-off creation that was specifically made for Manny Khoshbin. The car features a matte cream color that nearly looks like matte white on the exterior. The color was carried over to the interior along with non-stitched seats. The car was created through a partnership between Bugatti and Hermes fashion house in France at the request of Manny Khoshbin. This creation marked the second time that Bugatti had partnered with Hermes to create a car.

The Huayra Hermes was the first Hermes car created for Manny Khoshbin before the Chiron was added to keep it company. Instead of a cream color like the Bugatti Chiron, the Pagani Huayra Hermes was finished in chocolate brown. The brown color is carried over to the interior as well.

Manny Khoshbin also owns a McLaren P1 hybrid supercar that has undergone several modifications. The car is now in matte black color with white seats. Certainly looks like something Batman would drive.

He is also one of the lucky owners of the McLaren Speedtail. The three-seat supercar is seen as the spiritual successor to the legendary McLaren F1 car.

Apart from these special edition cars, Manny Khosbin also owns several Rolls Royce vehicles which include two Rolls Royce Phantom Drophead coupes, a base Bugatti Veyron, Ford GT, and a Porsche. He also owned a Bugatti Veyron which had been modified by Mansory with an all carbon fiber body and gold rims.

However, where our attention lies in the 9 Mercedes-Benz SLR McLarens he has hoarded for himself. Business-wise, this seems to be a smart move because the value of the SLR has been going up and it will not surprise me should examples in good condition start selling for more than a million dollars shortly. The car currently sells in the $300,000 and $500,000 range.

The 9 SLRs are all parked in his garage and the majority of them are in silver. I think the silver color suits the Mercedes Benz SLR McLaren pretty well. Two of them are in black while a 722 edition is in deep silver. With his impressive hoard of 9 SLRs, I will leave you to imagine what his investment would be worth when the SLR starts selling for a million dollars very shortly. This is sure to be one of the best automotive investments ever made in the world.