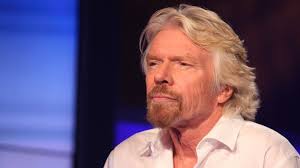 Branson was born in Blackheath, London, to former ballet dancer and air hostess Eve Branson and barrister Edward James Branson. Lindy Branson and Vanessa Branson are his two younger sisters.
Branson attended Scaitcliffe School in Surrey before briefly attending Cliff View House School in Sussex. Until the age of sixteen, he attended Stowe School, an independent school in Buckinghamshire.
Branson has dyslexia and has struggled academically.

Sir Richard Charles Nicholas Branson is a British business magnate, entrepreneur, and billionaire. He founded the Virgin Group in the 1970s, which now controls over 400 companies in various fields. In 1972, he founded Virgin Records—later renamed Virgin Megastores—a record store chain. During the 1980s, Branson’s Virgin brand expanded rapidly as he launched Virgin Atlantic airline and expanded the Virgin Records music label. Branson established the Virgin Rail Group in 1997 to compete for passenger rail franchises during the privatization of British Rail.

In 1972, Branson married Kristen Tomassi and divorced her in 1979. With his second wife, Joan Templeman, he has a daughter Holly (born 1981) and a son Sam (born 1985). They married on Necker Island in 1989. He revealed to Piers Morgan in an interview that he and Joan had a daughter named Clare Sarah, who died when she was four days old in 1979.
Branson was knighted in March 2000 at Buckingham Palace for “services to entrepreneurship.”