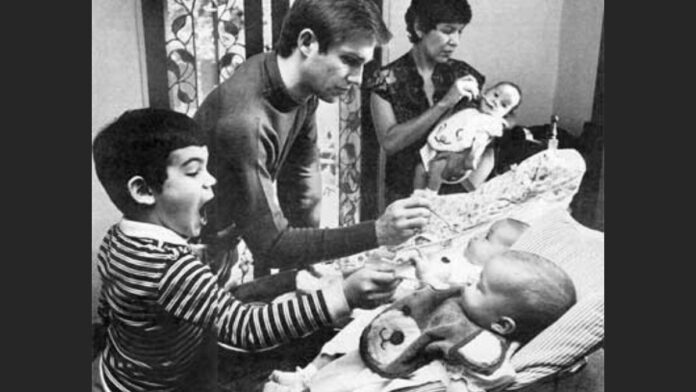 Richard Francisco Thomas is the son of Richard Thomas. Richard Francisco Thomas’s father is an American actor. He is best known for his leading role as budding author John-Boy Walton in the CBS drama The Waltons, for which he won an Emmy Award, received a nomination for another and two Golden Globe Awards. He also starred in the miniseries adaption of Stephen King’s It and played Special Agent Frank Gaad on FX’s spy thriller series The Americans.

Richard Francisco Thomas is the firstborn of the family followed by her triplet sister, Barbara Ayala Thomas is the firstborn of triplets born to actor Richard Thomas and his wife Alma. She was followed at one-minute intervals by Gwyneth Gonzales and Pilar Alma. As of 2021, Francisco Thomas is 45 years old. Apart from her triplet siblings, Barbara Ayala Thomas also has one other sibling, Montana James Thomas.

How did Richard Francisco Thomas’s parents meet? The couple has not released any information related to the circumstances under which they meet, fall in love, and get married. The couple got married in a beautiful ceremony in the presence of their friends, family, and loved ones. In 1976, they had their son, Richard Francisco. Triplet daughters—Pilar, Barbara, and Gwyneth—were born in 1981. Richard Francisco’s parents divorced in 1993.

In 1958, at age seven, Richard Francisco Thomas’s father, Thomas made his Broadway debut in Sunrise at Campobello. In 1959, he appeared in the Hallmark Hall of Fame NBC television presentation of Ibsen’s A Doll’s House with Julie Harris, Christopher Plummer, and Hume Cronyn. He then began acting on daytime TV. In 1970, he was in a leading role in NBC’s Bonanza in an episode called “The Weary Willies”. He then appeared in soap operas such as The Edge of Night (as Ben Schultz, 1961), A Flame in the Wind, and As the World Turns (as Tom Hughes, 1966–67), which were broadcast from his native Manhattan.

Richard Francisco Thomas’s father received his first major film roles, appearing in Winning (1969) with Paul Newman, about auto racing, and Last Summer (also 1969) with Bruce Davison and Barbara Hershey, a summer coming-of-age movie. He starred in the Universal Pictures/Hal Wallis Production Red Sky at Morning (1971). Thomas played the lead role of 1971’s Cactus in the Snow, an independent film which is hard, if not impossible, to find or buy via VHS, DVD, or any other format. It is considered a lost film.

Thomas became internationally recognized for his portrayal of John “John-Boy” Walton, Jr., in the 1970s TV series The Waltons, which was based on the life story of writer Earl Hamner, Jr. He appeared in the CBS television film The Homecoming: A Christmas Story (1971), which inspired the commissioning of the otherwise largely recast series, and then played the role continuously in 122 episodes until March 17, 1977.