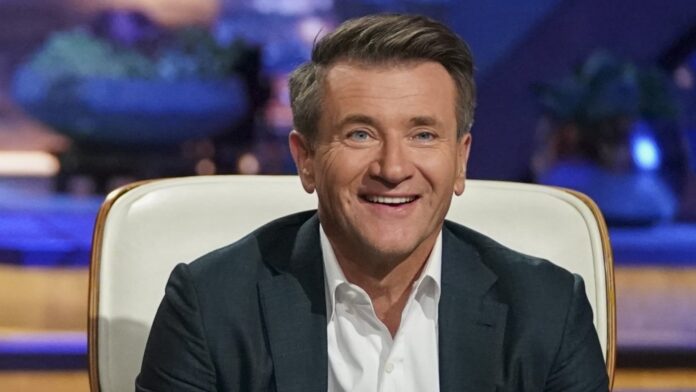 Herjavec was born in Varadin, SFR, Yugoslavia (present-day Croatia) in 1962 and spent his childhood in Zbjeg. When Herjavec was eight years old, his family fled the country that had previously imprisoned his father, Vladimir, for speaking out against the regime. “He’d drink a little too much and then say bad things about Communism, and got thrown in jail 22 times for being an anti-Communist,” Herjavec says. Herjavec and his family arrived in Halifax, Nova Scotia, with only one suitcase and $20. The family eventually settled in Toronto, where they spent 18 months living in a family friend’s basement. The transition proved difficult for Herjavec, who spoke no English. He grew up on a farm and was raised by his grandmother in a neighborhood with similar lifestyles, but he was in a much lower economic class than his neighbors.
Herjavec earned a bachelor’s degree in English literature and political science from the University of Toronto’s New College in 1984. Herjavec worked various minimum-wage jobs in the 1980s to support his family, including waiting tables, delivering newspapers, retail sales, and debt collection.

Robert Herjavec is a businessman, investor, and television personality of Croatian-Canadian origin. In 2000, Herjavec sold BRAK Systems, a Canadian integrator of Internet security software, to AT&T Canada (now Allstream Inc.) for $30.2 million. In 2003, he founded The Herjavec Group, which is now one of Canada’s largest information technology and computer security firms, with over $200 million in annual revenue. He has appeared as an investor on the CBC Television series Dragons’ Den and the ABC version of Shark Tank. He has also written books on business advancement. Herjavec worked as a third assistant director on several productions in the mid-1980s, including Cain and Abel and The Return of Billy Jack. He worked as a field producer for Global TV during the Sarajevo Winter Olympics in 1984. Looking for work in between productions, Herjavec applied for a position selling IBM mainframe emulation boards at Logiquest. He was unqualified for the job, but he persuaded the company to hire him by offering to work for free for six months. Herjavec worked as a waiter to pay the rent during his “free” time. He eventually rose through the ranks to become Logiquest’s General Manager. After being fired from Logiquest in 1990, he founded BRAK Systems, a Canadian integrator of Internet security software, from his basement.

In 1990, Herjavec married optometrist Dr. Diane Plese. They divorced in early 2016, after splitting in July 2014. After his marriage failed, he considered suicide. His ex-wife and he have two daughters, Caprice and Skye, as well as a son named Brendan. In June 2019, a judge ruled that Herjavec must pay his ex-wife additional amounts totaling $25 million from the marriage.
Herjavec confirmed his relationship with his former Dancing with the Stars partner Kym Johnson in September 2015. They got engaged on February 27, 2016. They married on July 31, 2016 in Los Angeles, California.

They announced that they were expecting twins. Hudson Robert Herjavec and Haven Mae Herjavec, a boy and a girl, were born on April 23, 2018.
Danielle Vasinova, Herjavec’s ex-girlfriend from 2013 to 2015, sued him for rape in 2017 after he sued her for attempting to extort him over false claims of sexual assault.

Robert Herjavec has an estimated net worth of approximately $200 million.