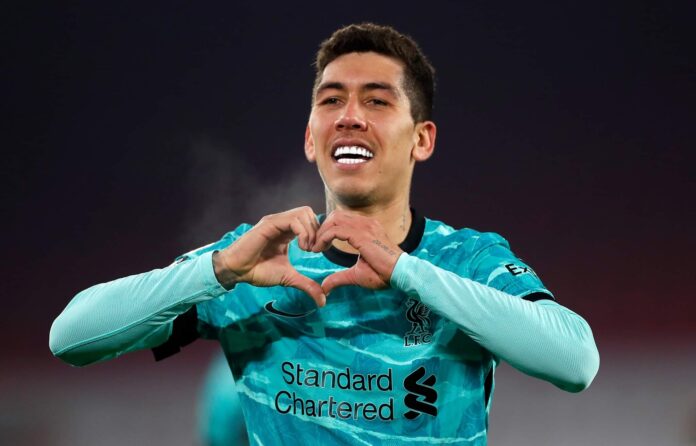 Firmino is mainly a striker but can also play in the attacking midfield position. He is one of the most outstanding Brazilian players of the current generation alongside PSG star, Neymar. Firmino has also been one of the most instrumental players for Liverpool since he joined the club from 1899 Hoffenheim in 2015.

Firmino’s football career started when he joined the youth team of Figueirense in Brazil when he was just 17 years old. Before then, he had spent his junior years with a youth team known as CRB. He later graduated to the first team of Figueirense and made 38 appearances for the team while hitting the net 8 times in the process between 2009 and 2011. Firmino then joined the German side 1899 Hoffenheim where he spent four and a half seasons. He won the breakthrough player award during the 2013-2014 Bundesliga season after scoring 16 times in 33 appearances. In all, the Brazilian made 140 appearances at 1899 Hoffenheim and scored 38 goals.

After his exploits in Germany, Firmino was signed by English premier league giants, Liverpool, in 2015. Due to his skills, work rate, creativity, and goal-scoring abilities, he has been applauded at the club with the manager, Jurgen Klopp once referring to him as the engine propelling the team’s counterattacks. Firmino is also known for tracking back to help the defense when the team loses the ball.

Firmino won the UEFA Champions League trophy with Liverpool in the 2018-2019 season and then added the UEFA Super Cup and FIFA Club World Cup trophies to it the following season. Firmino scored the winning goal in the final match of the FIFA Club World Cup to help Liverpool clinch the trophy. He then won the 2019-2020 English premier league title with Liverpool. This was Liverpool’s first title in 30 years. As of this writing, Firmino has made 228 appearances and scored 71 goals for Liverpool. He currently wears the number 9 shirt at Liverpool.

Firmino was born on 2nd October 1991, in Maceio, Brazil. He is now 31 years old. Apart from speaking his native language of Portuguese, Firmino can also speak German and English.

Roberto Firmino’s footballing talent has earned him a lot of money in the sport because he came from poverty in his native Brazil. He had to sell water bottles with his father to make a living since that was his father’s business. He started making the most of his wealth when he signed for Liverpool where he made his name and gained popularity. Roberto Firmino currently has an estimated net worth of $32 million.

Apart from his salary at Liverpool, Roberto Firmino also makes money from his deals as a brand ambassador for sporting goods giant, Adidas, alongside Paul Pogba, and Lionel Messi. The Liverpool player is one of the major endorsers of the Adidas boot Nemeziz. The majority of his endorsement for the sporting goods giant is done through his official Instagram account where he showcases the product he endorses. He is estimated to earn around $6 million from his endorsement deals.

Roberto Firmino is not someone known for overspending or buying ridiculously expensive things. However, just like everyone rich, he has cars and mansions he has bought with the money he has earned from his football talent. The player owns several vehicles such as the following:

He also owns a $3.5 million mansion in Mossley Hill in England where he resides.

Roberto Firmino also loves tattoos and has an extensive collection on his body, mostly on his back where he had the image of the UEFA Champions League trophy permanently etched. He also has several designs on his right arm and a crown on his neck. Tattoos can also be found on his torso as well as his thighs. Tattoos are not cheap and they cost thousands of dollars so we can estimate that he has paid over a hundred thousand dollars for his body art.

Roberto Firmino is married to Larissa Pereira. The couple got married in 2017 in his hometown of Maceio after they met and dated for three years. They currently have two daughters together.