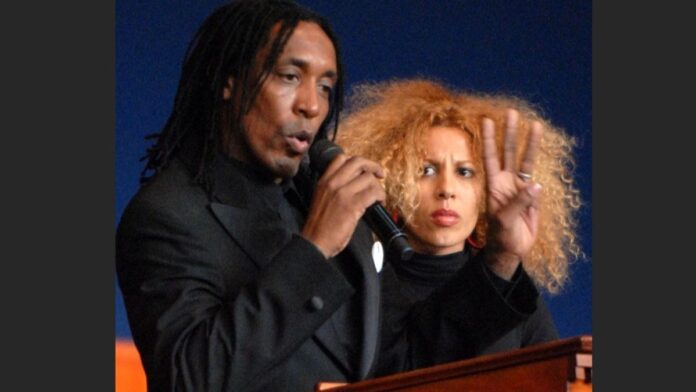 Ronnie Turner is an American actor and also well known as the son of legendary singer, Tina Turner, and musician, Ike Turner. Ronnie’s mother, Tina is an American-born Swiss singer, songwriter, and actress. Widely referred to as the “Queen of Rock ‘n’ Roll”, she is regarded as one of the greatest music artists of the 20th century. Ronnie Turner’s father, Ike was an American musician, bandleader, songwriter, arranger, talent scout, and record producer. An early pioneer of 1950s rock and roll, he is best known for his work in the 1960s and 1970s

Motivated by his parents’ talents and success in the entertainment industry, Ronnie Turner decided to pursue a career in music and enrolled at a music school where he learned how to play various instruments. This ability made it possible for Ronnie to arrange music and combine sounds, and after Tina and Ike divorced in 1978, he started playing the bass guitar in his mother’s band, later switching to play in his father’s band. He also pursued a career in acting.

In 1993, Ronnie Turner had his first appearance on television in the film “What’s Love Got To Do With It,” which tells the tale of his mother Tina’s marriage to his father, Ike, who abused her both mentally and physically. His mother Tina went on to become an internationally famous singer after breaking out from her marriage.

Very little is known about his acting career thereafter, Tina Turner’s son, Ronnie continued his acting career, although mainly in minor roles in a few Hollywood films in the following years. He started his musical career in 1999 when he joined the Black Angel (ex-The Prophets) Los Angeles band and began playing bass guitar. However, as of now, Ronnie Turner is mostly employed as a real estate broker in Los Angeles, California.

Ronnie Turner is the only child of his parents, Ike and Tina Turner’s 16-year long marriage. His father, Ike Turner as said earlier was a renowned musician and one of the pioneers of 1950s’ rock and roll music. His mother Tina Turner is often referred to as ‘The Queen of Rock and Roll’. They are well known for their works in the 1960s and 1970s.

Although Ronnie Turner is the only child of his parents, he has six other siblings from his parents’ other relationships – Ike Turner Jr., Michael Turner, Mia Turner, Linda Trippeter, and Twanna Turner Melby from his father, and Craig Raymond Turner, from his mother. Ronnie Turner’s father Ike passed away in December 2007 and sadly Ronnie’s elder brother, Craig, committed suicide by shooting himself in 2018.

Ronnie Turner married his wife, French-American singer and reality star, Afida Turner, in 2007, after dating her for some time. Ronnie Turner’s wife, Afida had a rough relationship with her husband, Ronnie’s mother. She accused her of refusing to financially help her son in his time of need. The couple announced their separation in June 2017, but they have reconciled since then.

Benefitting from the vast wealth of his parents and his own income from various acting and real estate jobs, Ronnie Turner lives a life of luxury and fortune with his wife in Beverly Hills, California.

Ronnie Turner’s mother Tina sang in a church choir and matriculated from Sumner High School in 1958 before starting to work as a nurse at Barnes-Jewish Hospital. Tina first saw Ike Turner perform with the Kings of Rhythm band in a club, and tried singing with him one night in 1957 – stunned by her voice, Ike and Tina began working together and published their first recording in 1958.

Ronnie’s parents, Tina and Ike’s single “A Fool in Love” released in July 1960 became a huge hit, and Tina and Ike went on to tour all around the US, establishing their net worth becoming famous all around the US – the two married in 1962. They released their first studio albums in 1974, entitled “Tina Turns the Country On!” and “Acid Queen”, but in July 1976, due to Ike’s addiction to cocaine, Tina stopped singing with him and filed for divorce. She released her single “What’s Love Got to Do with It” in 1984, reaching first place in the Hot 100 US list – her album “Private Dancer” released in the same year reached the third spot on the Billboard 200, and has remained her most successful album to this day.

Ronnie Turner as an actor is also a big fan of the film industry and enjoys watching movies such as “I, Robot” and “Men in Black” starring Will Smith, as well as movies starring Angelina Jolie such as “Mr. & Mrs. Smith” and “Lara Croft: Tomb Raider”.

Ronnie Turner likes eating Chinese food, and his hobbies include reading books, gardening, and traveling – his career as a musician has taken him all around the world, while his favorite cities to visit are Paris in France and London, England. He wears shoes size eight.