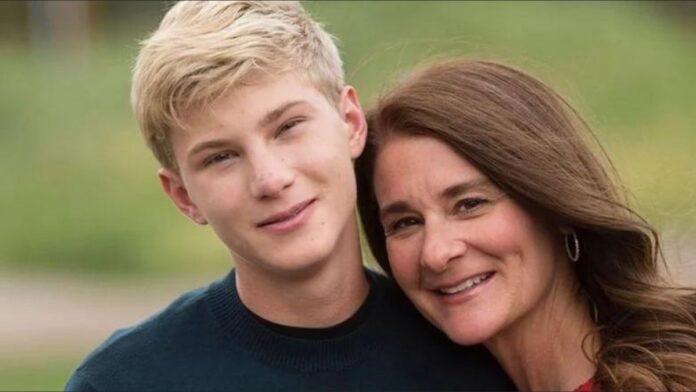 Rory John Gates is the only son of Bill Gates and his wife Melinda Gates. Rory John Gates’ father is the billionaire, investor, entrepreneur, programmer, inventor, business magnate, and co-founder of Microsoft along with Paul Allen in 1975. Rory is still a student.

Rory John Gates was born on May 23, 1999, in Seattle, Washington. He is the second child and only son of the Microsoft co-founder, Bill Gates, and philanthropist Melinda Gates. As of 2021, Rory Gates is 22 years old. His zodiac sign is Gemini.

“When my son Rory was born, I spent a lot of time imagining what this little person would be like and who he would be as he grew up,” mom Melinda French Gates wrote in an Instagram caption celebrating Rory’s birthday in 2017. “Now, as we near his 18th birthday, I have my answer. Rory is compassionate and curious.”

Bill Gates’ son, Rory John Gates grew up at the family’s estate in Medina, Washington, which Bill Gates refers to as Xanadu 2.0, after the fictional mansion of the protagonist in “Citizen Kane” (per TheStreet).

Rory John Gates is not the only child of her parents, he has two other siblings, his sisters are Jennifer Katharine Gates, 24, and Phoebe Adele Gates, 18.

Rory John Gates studied at Lakeside School just like his father and his sister. His father believes “If there had been no Lakeside, there would have been no Microsoft.”

Rory’s moves after graduating the school were kept quiet to protect his privacy, but it wouldn’t be long until he was spotted at the University of Chicago, where he’s believed to be currently attending. In 2018, the school shared a photo of him along with the school’s Moot Court team, leading many to believe Rory’s pursuing a law degree.

In April 2010, Rory John Gates released his poem titled Physics of Light via the website of his father. While on a mutual vacation, he thought about the poem and it ended up consisting of 7 lines which formed a page-shaped diamond. His parents did not allowed him to use the phone until he was 13, they felt it would be better to let him focus on his studies rather than on the internet.

At 22-years-old, Rory John Gates leads a quiet and reserved life, despite undeniably sharing some of his dad’s features. Like his famous parents, Rory values his privacy. His social media profiles are private, allowing him to navigate the world as normally as you can when you’re the founder of Microsoft’s son.

Some would argue that Rory John Gates’ father, Bill has more money than any single human deserves, but he still did a relatively good job at parenting. In addition to the family’s strict rules on smartphones, Rory John Gates and his sisters were required to do unpaid chores. They’ve also inherited their parents’ passion for philanthropy. In a 2014 interview with Rolling Stone, Gates said, “We’ve raised our kids in a religious way; they’ve gone to the Catholic church that Melinda goes to and I participate in.” Bill went on to explain how his mission in life is to reduce inequity in the world. It’s a “religious belief” that they have passed along to Rory and his siblings.

After his passing, Bill plans on giving the bulk of his wealth to the Bill And Melinda Gates Foundation. Rory John Gates and his sisters will reportedly each receive a $10 million inheritance. Of course, that’s more than most of us will ever have, but it’s a drop in the bucket of their dad’s net worth.

According to Bill, the intention is for his kids to have a solid education, and from there, they can go out and have their own careers. Explaining the inheritance plan, Bill said, “It’s not a favor to kids to have them have huge sums of wealth. It distorts anything they might do, creating their own path.”

While there’s no official word on what Rory is up to these days, it’s a safe bet that he’ll use his privilege to do good in the world. As his mother wrote in Time, “I feel lucky that Rory was born at a moment in history when young men are being encouraged to be so thoughtful about society and their role in it — and also to adopt new, more expansive definitions of what it means to be a man.”