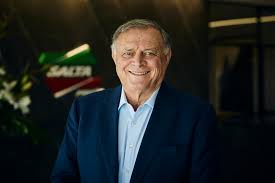 Tarascio, who was born in Vizzini, Sicily, immigrated to Australia when he was five years old and was raised by Sicilian migrant parents in the Melbourne suburb of Werribee. Tarascio released his autobiography, My Way, in 2018.
Tarascio has a property on the Mornington Peninsula where he grows olives and produces extra virgin olive oil. In c. Tarascio’s grandfather, Salvatore (Turi) Tarascio, began the family tradition of olive pressing in Vizzini in 1930.

Sam Tarascio has an estimated net worth of approximately $1.1 billion as per information from Forbes.