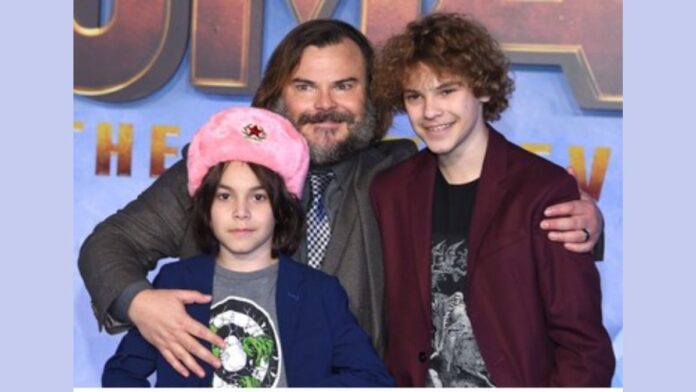 Samuel Jason Black is the son of Jack Black and his wife, Tanya Haden. Samuel Jason’s father, Black is an American actor, comedian, musician, and songwriter. Black is known for his roles in the films High Fidelity, Shallow Hal, School of Rock, King Kong, Nacho Libre, Be Kind Rewind, Bernie, and Goosebumps, in addition to his role in the Jumanji franchise. Samuel Jason’s mother Haden is also an American artist, musician, and singer. She is one of the triplet daughters of jazz bassist Charlie Haden. Samuel Jason has also followed the footsteps of his parents.

Samuel Jason Black was born in the year 2006. He was born in Cedars-Sinai Medical Center in the city of Los Angeles and currently. Samuel is 15 years old as of 2021. Samuel has a sibling named Thomas Black and they are both of mixed ethnicity. Samuel Black is an actor, known for voicing Kung Fu Panda 3 (2016) along side his father.

How did Samuel Black’s parents meet? They had both attended Crossroads School and, after graduation, met again 15 years later at a friend’s birthday party. Although the two attended the private high school together, they did not begin dating until spring 2005 when they meet at the friend’s birthday party. In January 2006, Samuel Black’s father became engaged to singer Tanya Haden, a daughter of jazz bassist Charlie Haden.

They married on March 14, 2006, in Big Sur, California. Their first son, Samuel Jason Black, was born in June 2006 at Cedars-Sinai Medical Center in Los Angeles. Their second son, Thomas David Black, was born on May 23, 2008. Although an atheist, Samuel’s father, Black identifies as nominally Jewish, and fatherhood influenced his decision to raise Samuel and his brother in the Jewish faith.

Samuel Jason Black and his brother are very talented and creative. In Dec 2019, their father, Jack Black told PEOPLE that his sons Sammy and Thomas made ‘Short Films’ on their phones. He even said that he was very proud of his boys. It’s an incredibly creative thing to make short films just from a smartphone.

“They’ve been super creative lately,” adds the Jumanji: The Next Level star, who celebrated his 50th birthday in August. “They both have made cool little short films on their iPhones. I [am] so proud and grateful for my family.”

Jack Black’s son, Samuel Jason Black, has an Instagram account with over 101k followers. It probably took him years to gain such a huge number of followers. If you go through his Instagram posts, he seems to be creative at making hilarious and funny memes as well. Similarly, he frequently posts photos of him with his family and friends too.

Sammy also has a YouTube channel called ‘SammyBlack‘ and has several YouTube videos. Although he has fewer subscribers, he is certainly enjoying it.

Samuel Jason Black’s dad, Jack Black has a staggering net worth of $30 million. It looks as though the boy is living a splendid and luxurious life. He loves spending time such as hanging out with his family like going to exciting places, holiday destinations, and vacations.

The Black family also love hanging poolside and make a nice day off. Hence, Sammy is seemingly living the happiest days with his parents and brother.