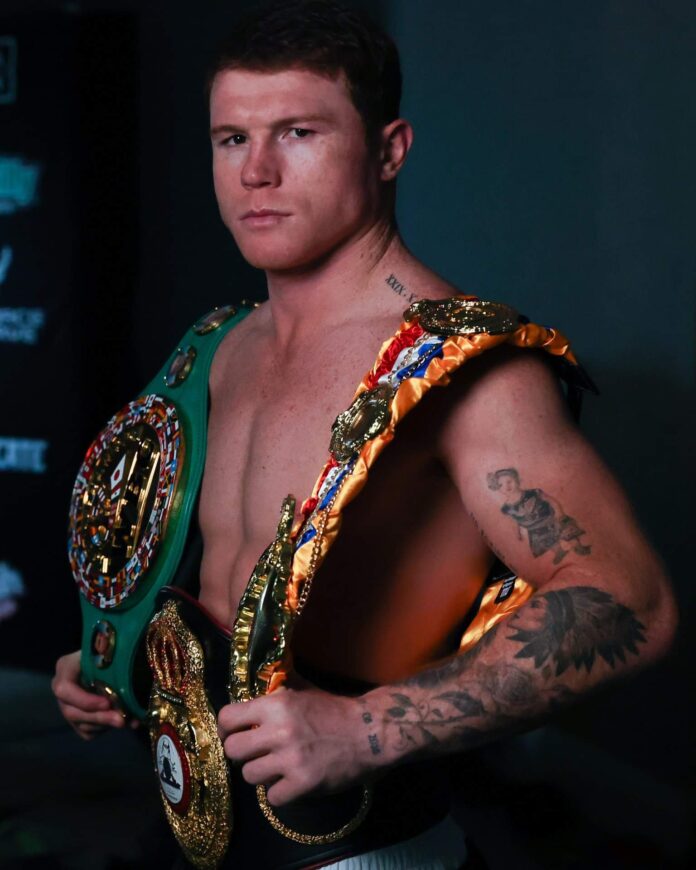 Saul Canelo Alvarez Barragan, who is popularly known as Canelo, which means cinnamon, is a 31-year-old Mexican professional boxer who is currently regarded as the best pound-for-pound boxer in the world. Canelo is 4 division world boxing champion who has faced some of the best names in the world of boxing. Canelo was born in Guadalajara in 1990, in Mexico, into a family of boxers and began his professional boxing career at 15-years-old. He is the youngest of 7 siblings, with all his older brothers also becoming boxers. One of the things that make Canelo stand out is his red hair which is quite rare for a Hispanic person.

Saul ‘Canelo’ Alvarez has an estimated net worth of $140 million. The majority of his earnings come from his professional boxing career. He signed a $365 million deal with DAZN. This was one of the biggest contracts in boxing history at the time. He was promoted by Golden Boy Promotions which is owned by former boxer, Oscar Dela Hoya, in 2018. The deal was signed for 11 boxing fights and began when he faced Rocky Fielding in 2018 in New York. Canelo made $12 million in the Floyd Mayweather fight, which was his highest pay at the time. He then made over $70 million in his two fights against Gennady Golovkin. Canelo also makes money from his multiple brand endorsements. This enabled Canelo to earn a whopping $95 million between 2018 and 2019.

Canelo was however involved in a lawsuit he filed against DAZN and his promoter, Oscar Dela Hoya, citing a breach of contract. He sought $280 million in damages. It is believed that DAZN was not happy with the fights Canelo was taking as the company deemed the opponents as not being top-notch opponents. Canelo on the other hand wanted to be paid the guaranteed $35 million for his fights or he would opt out of the contract. He also revealed that Golden Boy had a contract with DAZN that allowed them to reject his chosen opponents.

Canelo is not known to be much of a big spender. However, the Mexican boxer takes time to enjoy the fruits of his labor. He owns a $47 million luxury yacht along with several vehicles such as a Nissan GTR, two Mercedes-Benz Gwagons, a Rolls Royce Ghost, a Ferrari Testarossa, a Tesla, Ferraris, Corvette and a $400,000 Lamborghini Aventador SV Roadster. He also owns several expensive luxury watches from brands like Richard Mille, Rolex, and Patek Philippe. The boxer also owns a giant mansion in his home nation of Mexico where he resides. apart from this, Canelo also owns several mansions in Mexico along with expensive artworks made by Mexican artists in Mexico.

Canelo is married and has three daughters with his wife, Fernanda Gomez. His first daughter is from an earlier relationship in his younger days while he was in high school.