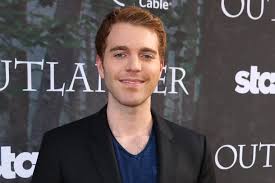 Born Shane Lee Yaw but known popularly and professionally as Shane Dawson, he is a popular American YouTube and media personality. He is also an actor, writer, producer and musician.

Shane is known mostly for his YouTube videos which involve comedy and celebrity impersonations. He started developing himself as a YouTube personality in 2008 and got over a billion views and 10 million subscribers by 2017.

Shane is also an actor having been featured in a couple of television shows, movies and some short films in which he also helped produce and direct a couple. Shane took his YouTube videos to the next level from 2018 onwards with documentaries, vlogs, parodies and conspiracy theory videos. He currently has over 20 million subscribers for his channel on YouTube.

Shane is one of the most popular and highest earners on YouTube. He has a current net worth estimate of $12 million.