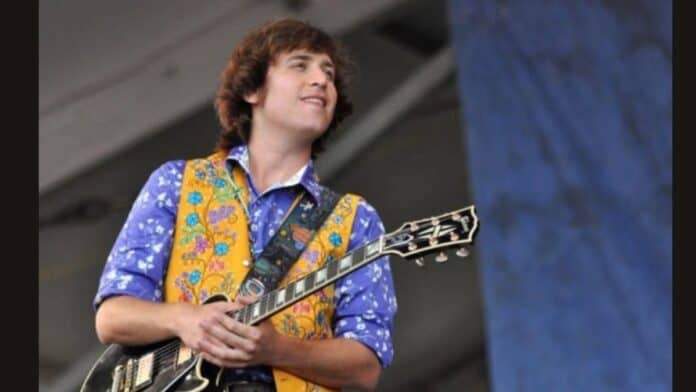 Shane Fogerty is the son of John Fogerty. Shane Fogerty’s father John is an American musician, singer, and songwriter. Together with Doug Clifford, Stu Cook, and his brother Tom Fogerty, he founded the band Creedence Clearwater Revival, for which he was the lead singer, lead guitarist, and principal songwriter.

Born on October 15, 1991, Shane Fogerty is the son of John Fogerty and his wife, Julie Lebiedzinski. As of 2021, Shane is 30 years old. His zodiac sign is Libra. Shane Fogerty is not the only child of his parents. He has 6 other siblings. They are Tyler Fogerty, Kelsy Cameron Fogerty, Lyndsay Fogerty, Laurie Fogerty, Josh Fogerty, and Sean Fogerty.

Shane and his brother are into music just like their famous father. He and his brother have a band named Hearty Har. In an interview with Hollywoodtimes, Shane Fogerty revealed that he and Tyler take nothing for granted. They have worked hard at developing their own voice and have spent a lot of time learning the tools to capture their vision the way they heard it.

After recording what would have been their debut album in 2017, they realized that they needed to take control of the process. Although they tried to convey their artistic vision to the engineers and producers, the songs weren’t coming together with the way they heard them in their heads.

They realized they would have to take some time to learn about production, engineering, and the music business. Shane decided to join the music program at USC University of Southern California, while his brother Tyler studied art and photography at Cal Arts.

A few years later, they were ready to go. Shane Fogerty and his brother turned their old rehearsal studio at their dad’s house into their new recording studio. They equipped it not only with the latest Pro Tools rig
but also decided to add a couple of two-inch analog tape machines. They already had a nice collection of amps, guitars, and keyboards. Yet something was still missing. Of course – they
needed a real Mellotron! So, they ordered one to make sure they had all the musical colors they were hearing before recording what would be their debut album.

Although Shane and Tyler didn’t go right into the music, they learned quite a bit by osmosis. Shane Fogerty said he remembers being in the studio and running around the couch while his father was recording. After begging for their first guitar, they lost interest and left the instrument sitting in their room unplayed, like kids often do. Shane got into skateboarding and Tyler into photography. Although they enjoyed both of these activities, they started to feel the pull of music over time.

Shane Fogerty started writing his own songs in those artists’ styles to understand what made them great. Later on, he got more into the guitar and psychedelic rock and engineering great guitar sounds.

Although Tyler is also a guitarist, he plays more of the synths and keyboards and provides vocals. For live performances, Tyler plays guitar and Minimoog. In the studio, he pays a lot of attention to creating many of the effects. For now, Shane and his brother’s focus is on the release of Hearty Har’s debut album Radio Astro.