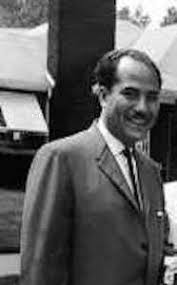 Sigmond Galloway was born in Wetumpka, Elmore, Alabama in the United States and is therefore an American with African origins.

Sigmond Galloway got married to popular late American gospel singer, Mahalia Jackson, in 1964 after some time together to the surprise of most of his close friends apparently due to her popularity.

Mahalia had some health issues mostly with her heart mostly due to the nature of her career and the exhaustion that comes with it.

They got divorced in 1967 after just three years allegedly due to frustrations with infidelity.

Sigmond Galloway was reportedly a jazz musician which probably explains his meeting with Mahalia Jackson.

Sigmond Galloway unfortunately passed away on 18 May 1972 in Gary, Lake, Indiana in the United States.