The Richest Rappers In The World 2022 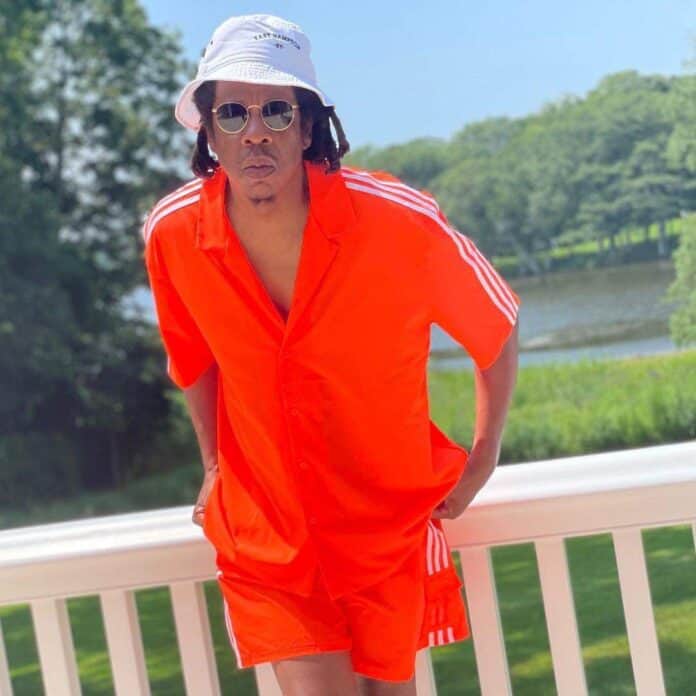 Richest rappers in the world are rappers who have been able to make a lot of money from their music and other sources. The world of music is a place where one can make a lot of money. When we talk of the richest people in the music industry, the majority of these people are rappers. Since music is one of the highest-paying occupations in the world, these rappers are always finding ways of making big bank with their songs. Musicians have various sources through which they make money from their craft. Some of these sources are:

Apart from recording music, they also make money from performing at various events around the world. Even when the world is going through financial turmoil, the savvy ones among them are still able to rake in millions of dollars. Apart from music, some rappers have shown their entrepreneurial genius by establishing businesses that make them more money than they make in their rap career.

If you have looking to know which of the rappers currently carry the biggest bank in the industry, you are on the right track. In this article, I have been able to compile the richest rappers in the game from the smallest to the biggest for your reading pleasure. Mind you that the ‘smallest’ is even a hefty amount of dollars. Ladies and gentlemen, here are the richest rappers in the world of music at the moment. We will be starting from the lowest to the highest.

Bryan Christopher Williams, who is popularly known as Birdman, is an American rapper, investor, record executive, and movie producer. He is well known for his Cash Money Records music label which is the label where the rapper, Lil Wayne, built his name in rap music. The record label is very popular worldwide due to its unique name. He also owns Cash Money Films which deals in movie production. Apart from these, Birdman has several non-music investments that contribute to his wealth. Birdman has a net worth of $130 million.

Snoop Dogg is a veteran rapper, singer, songwriter, actor, and record executive producer. Snoop Dogg, whose real name is Calvin Cordozer Broadus, recently purchased his former label, Deathrow Records, where he was label mates with the legendary rapper 2pac. Snoop Dogg has a net worth of $150 million.

Most people do not know that Ice Cube was a rapper before switching to making movies. He still raps but he seems to be known more for his movies than his music. Most rappers are also into movies these days but Ice Cube seems to be the most popular in that regard. Apart from being a rapper and actor, he is also a producer and an entrepreneur. He is one of the richest rappers in the world at the moment. O’Shea Jackson Sr, commonly known as Ice Cube, has a net worth of $160 million. Ice Cube is regarded as one of the forefathers of west coast gangsta rap music. Ice Cube is most popular for the Barbershop movie series.

Dwayne Michael Carter, who is better known as Lil Wayne, is one of the most successful American rappers in the history of rap music. He has sold millions of albums since the beginning of his career in the late 90s when he was just 10 years old. Wayne is well known for his wordplay ability and he has become one of the most popular rappers worldwide. The Young Money record label CEO has a net worth of $170 million.

Pharrell may not be all that popular but that doesn’t stop him from making a lot of money. He is a rapper, record producer, singer, songwriter, fashion designer, and entrepreneur. He has a net worth of $200 million.

Master P may not be actively making music at the moment but he still has money. The American rap mogul is also a record executive, movie producer, actor, and former NBA player. The rap veteran has a net worth of $200 million.

American rapper, Eminem, is also a record producer and songwriter. He is one of the best-selling rappers in the history of rap music. Eminem has sold over 220 million records over his rap career. The rap veteran has a net worth of $230 million.

Drake, whose full name is Aubrey Drake Graham, is arguably the most successful rapper to come out of Canada. Drake is also an actor and a producer. He is known to be one of the highest-paid rappers in the world and has released viral hits consecutively. Drake has a net worth of $250 million.

Dre is an American rapper, entrepreneur, and record executive. Dre is the founder and CEO of Aftermath Entertainment. He is also the creator of the ‘Beats By Dre’ headphones. This venture increased his net worth significantly. Dr. Dre has a net worth of $500 million.

Diddy is well known American rapper, entrepreneur, designer, and record executive. He is well known for his connection with the late rapper, The Notorious BIG, who was signed to the record label, Bad Boy Entertainment which is owned by Sean combs. Sean Diddy Combs is almost a billionaire with a net worth of $900 million.

American rapper Jay Z, is also a record executive, media proprietor, songwriter, and entrepreneur. Jay Z is the owner of the record label known as Roc-A-Fella records. He is also the founder of the music streaming service, Tidal. Jay Z is the husband of a famous successful singer, Beyonce and together they form a power couple in the American entertainment industry. Jay Z has a net worth of $1.3 billion.

Kanye West, who is also known by his new legal name Ye, is a popular American rapper, fashion designer, entrepreneur, and record executive. He is the founder of GOOD Music. West is one of the richest self-made black people in the history of the United States. Kanye West has a net worth of $1.8 billion.