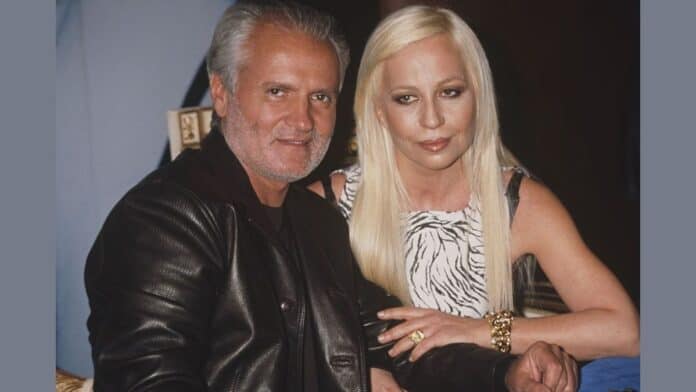 Tina Versace is the sister of Gianni Versace. Tina Versace’s brother, Giovanni Maria “Gianni” Versace was an Italian fashion designer, socialite, and businessman. He was the founder of Versace, an international luxury-fashion house that produces accessories, fragrances, make-up, home furnishings, and clothes. Tragically, Tina never got to witness her family’s rise to prominence — she died at the age of 12.

Tina Versace’s brother, Gianni Versace was also murdered by serial killer Andrew Cunanan but there are other family tragedies in the fashion designer’s family.

Fortunata Versace — Tina Versace for short — was the eldest child of Antonio and Francesca Versace, a dressmaker. She was apparently called Tinuccia as a nickname and Tina for short.

How did Tina Versace die?

The eldest of the Versace siblings, Tina died when she was still very young. It doesn’t seem as though the Versace family has commented much on her death, though Donatella did mention it briefly in a 2007 New Yorker profile. According to the article, the family in 1952 has attended a carnival together when 12-year-old Tina Versace fell and scraped her knee.

Tina Versace visited the carnival along with her parents and younger brothers, Santo and Gianni. She became ill with a tetanus infection and the family sought medical attention, but Tina was apparently given the wrong treatment. She died less than 24 hours later, “still in her party dress.”

“Sudden death is frequent in my family,” Donatella Versace told the New Yorker reporter, referring to both Tina and Gianni’s assassination. Donatella was born in 1955, three years after Tina’s death. Donatella was born in 1955 and Tina died in 1953. She rarely speaks about her sister in interviews, though when she does, she mentions the sadness that always hung over her parents. Donatella told Harper’s Bazaar that her mother “never recovered.” She grew up feeling that she was, in some way, Tina’s replacement.

“I felt when I was little, ‘Oh, I’m going to have to fill someone else’s place.’ This was why I was born as a baby, because my parents couldn’t get over the loss of my sister, who I never met. See, I’m telling the truth finally… It gave me a little bit of insecurity,” Tina Versace’s sister, Donatella told Harper’s, as reported by Yahoo!

Unlike Donatella, her brothers Santo and Gianni did grow up alongside their sister, Tina Versace for a time, though they were around 9 years old and 7 years old, respectively, when she died. It doesn’t seem as though either spoke of the impact Tina’s death had on them, but the Versace family has always presented the appearance of being very close and it seems the siblings grew to rely on each other over the years. They all became involved in Gianni’s fashion empire as well, with Santo taking on the business end while Gianni and Donatella handled the creative aspects.

The Guardian quoted Donatella describing their dynamic by saying, “There was Santo, the calm one; Gianni, the enfant terrible, and me — Gianni’s accomplice.”

He was left 30 per cent of his brother’s fashion brand when Gianni was killed and managed the financial side of the business.

Versace remarried in 2014 to lawyer Francesca de Stefano, with whom he had one daughter, Ramona Francesca.

The Versace family appears to have mostly remained quiet on the topic of Tina Versace’s death. Perhaps they chose not to discuss it because it was so painful for them, or even because it happened so long before they became public figures that there was no need to bring it up to the press. It’s impossible to say without a statement from the Versaces themselves. All one can do is respect their privacy on the matter.