What You Need to know About 42 Dugg. 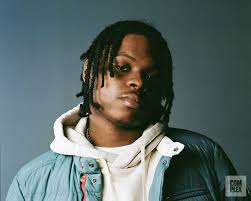 Below is information on upcoming rap star, 42 Dugg;

He is one of the new faces of the rap genre in the United States. He has been signed by two labels; 4 Pockets full and Collective Music Group. He is well known for his collaborations with’ lil baby’, Yo Gotti, Babyface Ray and Rylo Rodriguez.

His career officially began in 2017 when he met the famous rapper, Dominique Armani Jones ( also ‘lil baby’). His most recent mixtape ‘Free Dem Boys’ which was released in 2021 climbed up to 8th on Billboard 200.