Who Is Georgina Rodriguez? A Look At The Girlfriend Of Cristiano Ronaldo 7 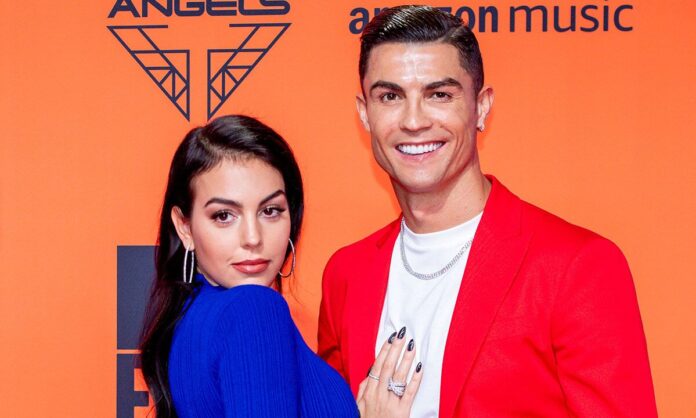 Cristiano Ronaldo is the most popular football player on the planet. He is also the richest among his peers. The Portugal legend has been consistent for years and amassed several trophies and individual awards along the way. However, although Ronaldo is very popular, not many people are aware of the lady behind him. The football star has a stunning lady to call his own and she is a beauty. I mean who would not want to date a rich and famous football player. The over 500 million followers of Ronaldo normally see him posting pictures of his family which makes up Georgina and his children.

We have seen the football star share vacation photos on boats and the latest one was when Ronaldo paid to have her photo displayed on the Burj Khalifa building in Dubai for her birthday. Ronaldo is said to have paid more than $300,000 to get this done for his partner. Indeed, all these are proof of Ronaldo’s undying love for the mother of three of his children.

Cristiano Ronaldo is in a relationship with a Spanish model and dancer who is known as Georgina Rodriguez. Since her relationship with Ronaldo began, she has been able to gain some popularity of her own but we have seen that not all Ronaldo fans are aware of her.

After Cristiano Ronaldo broke up with his former girlfriend Irina Shayk after five years of dating, he was linked to several other women but none of these turned out to be true. It was later revealed that Ronaldo was now in a relationship with the Spanish model and dancer. Delve deeper into this article and see what we found about her.

Georgina Rodriguez is a 28-year-old model and dancer. She was born in the Spanish city of Jaca which is near the border with France. She has quite an Instagram following of her own which numbers over 30 million followers. Apart from being a model and dancer, she is also said to be an influencer on social media sites. Georgina was originally a waitress in her hometown in Spain before she traveled to England. She is said to have met Cristiano Ronaldo at a Gucci shop in Madrid in Spain where she was working as a shop assistant.

According to Georgina when she met Ronaldo for the first time, “His height, his body, and his beauty caught my attention. I was trembling in front of him but a spark ignited. I am very shy and perhaps this stirred me more in front of a person who, with one glance, had touched me deeply. Then after, the way Cristiano treats me cares for me, and loves me did the rest”

Their relationship began from there and soon, the couple was normally seen outside and the paparazzi wasted no time snapping them all over. It even got to a stage where Ronaldo had to try and conceal himself after he made a trip with her to Disneyland Paris.

Since their relationship began, Georgina has attended Ronaldo’s matches in both Spain, Italy, and England. She is also seen attending award events with him and his mother and sisters.

As of now, the relationship between Ronaldo and Georgina seems like a really serious one as the model has given birth to three children for the football star. She first gave to a daughter before giving birth to twins. Georgina also seems to be on really good terms with Ronaldo’s eldest son Cristiano Ronaldo Jr, whose mother is not known. He was born in the United States and it was rumored that his mother was a waitress with who Ronaldo had gotten pregnant while he was there. Georgina also gets along well with Ronaldo’s family.

Georgina and Ronaldo have so far made it clear that they are in love with each and we stand to see what the future holds for them.